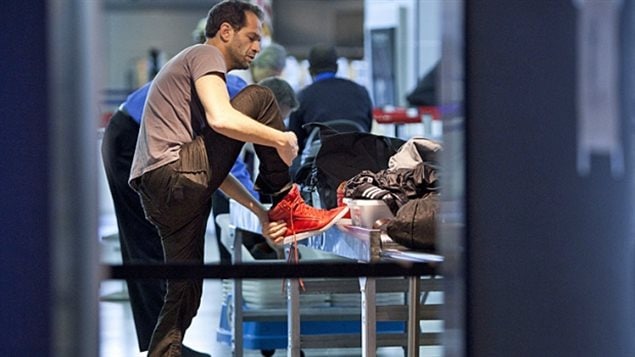 It would be better for tourism and business if security screening at Canadian airports was faster, say several chambers of commerce.
Photo Credit: CBC

London’s Heathrow and Hong Kong International airports require 95 per cent of passengers to be screened within five minutes. Estimates are that half of passengers at Canadian airports wait longer than 15 minutes, says CP.

This may not be the best time for business to make these requests. Border security has been a highly sensitive issue since the 9/11 terrorist attacks on the United States. In spite of proof otherwise, the myth persists in some circles that one of the attackers came from Canada.

Over the years since the attacks, Canada has worked very closely with U.S. officials to harmonize security screening at border points between the two countries. With U.S. president-elect Donald Trump’s talk of building a wall at the border with Mexico and his hard line on barring Muslims, it seems Canada would do well to tread carefully on modifying its border security.