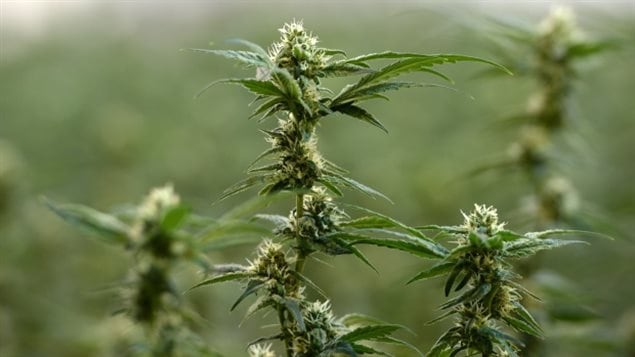 Crops of marijuana will be increasing if the Canadian government follows the recommendations of the task force it convened. The recommendations were released today and legislation will be introduced in the spring of 2017.
Photo Credit: CP / Sean Kilpatrick

Marijuana legalisation is now a step closer to reality in Canada. A government appointed task force released its recommendations today, and the initial reaction seems quite positive.

People over 18 should be able to carry up to 30 grams of marijuana on them for recreational use.

Colette Rivet, of the Cannabis Canada Association, said while they’re still combing through the 106 page-document, some of the highlights are in keeping with the producer’s recommendations.

Medical marijuana is only available through the mail at present, but store-front outlets and pharmacies are the recommended venues for future legal purchases.

“I really think we should commend the task force for its thorough and thoughtful approach to a very complex issue for Canada,” Rivet said.

One of the most contentious issues in the Canadian debate around legalising marijuana is the age of access.

The Canadian Medical Association had wanted to limit access to people over 21 years of age. Some groups were even suggesting it be limited to those over 25.

Rivet acknowledges the concern over the long-term effect on teenagers, and that while the science is still not clear, she says setting it at 18 is an effort to protect young people from the black market.

“We are one of the top countries where people from 15 to 25 are the highest users of cannabis on the black market. So if you’re going to put your age limit at 25, then you’re asking the ones below 25 to remain with the black market.” she said.

The producers are pleased with the seed to sale tracking, to ensure the safety of the supply, and the on-going mail-order access that will help people in remote areas of Canada.

One of the few disappointments for the association, is the recommendation that there be no advertising.

“We do need some advertising to let the general public understand what a licensed producer’s products are all about, and also because our product’s forms are quite different. We would have oils and we would have the dried flower… some of these products have very little THC in them… or very high, and they’re used for various indications in medicine,” Rivet explains.

She says, the association, in keeping with the task force recommendation, is preparing for a major public education program.

The recommendations will be debated in parliament when legislation is introduced this spring. In the meantime, the business and the agricultural frameworks are expanding to accommodate a market that will include exports.

In a CBC TV interview today, Anne McLellan, a former Liberal cabinet minister and chair of the task force, said that flexibility and adaptability is the way forward, as no one knows yet what the unintended consequences may be.

Ms. McLellan advises a “proceed with caution” attitude, keeping in mind that Canada is just the second country to move to legalise marijuana.