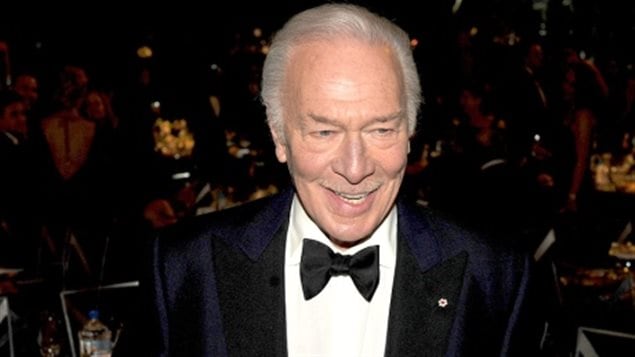 Christopher Plummer at the 2012 Academy Awards, where he won best supporting actor for his role in "Beginners." He was the oldest actor to ever win an Oscar. He will be honoured by his Canadian peers in March.
Photo Credit: cbc.ca

Internationally acclaimed actor Christopher Plummer is being honoured by his peers.

The Academy of Canadian Cinema and Television announced Tuesday it will present the 87-year-old Plummer with a lifetime achievement award in March at the Canadian Screen Awards gala in Toronto.

“Every year, the academy has the honour of celebrating those who have made immense contributions to our cultural landscape through their artistry,” academy chair Martin Katz said in a statement.

“Christopher Plummer is one of the greatest actors of his generation who had delighted audiences with his iconic performances. We are elated to have him as this year’s distinct guest of honour.”

Plummer, who was born in Toronto and raised in Montreal, began his career in radio and later delivered memorable stage performances at Canada’s Statford Festival, on Broadway and in London’s West End.

Among his most famous are “Cyrano,” “King Lear” and “Inherit the Wind.” In recent years he has toured a one-man show about the great American actor John Barrymore.

Plummer also appeared in dozens of films, including “The Sound of Music,” for which he is likely best known to world-wide audiences.

His other roles in film and television include “The Thorn Birds,” “Star Trek VI,” “The Insider,” “Up,” “The Girl with the Dragon Tattoo,” “The Imagination of Doctor Parnassus” and the “The Last Station.”

A winner of Tony and Emmy awards, Plummer won an Academy Award in 2012 for his supporting role in “Beginners,” playing an elderly widower who comes out of the closet.

The win made him the oldest actor to ever win an Oscar.