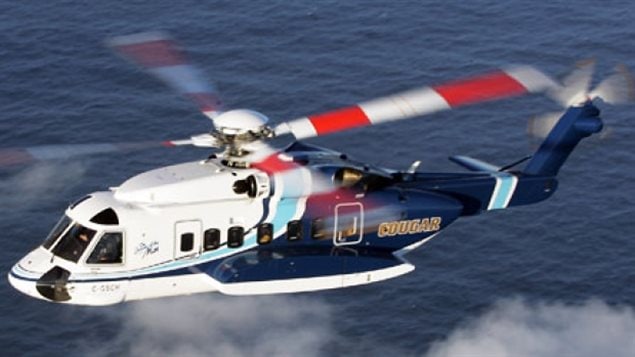 Sikorsky is asking for safety check inspections on all of its S92 helicopters worldwide after an incident in the North Sea on December 28.

In March 2009, a Sikorsky S92-A crashed into the sea off Canada’s Atlantic shore killing 17 of the 18 people on board. They were being ferried from two offshore oil rigs back to shore when the accident happened.

An investigation by Canada’s Transportation Safety Board concluded the helicopter crashed shortly after one of the two pilots said the gearbox was losing oil pressure.

The most recent incident involved an S29 which had a technical problem when coming in to land on a platform in the North Sea. It is said to have gouged the deck.

Sikorsky S92-A helicopters are still used to service Canada’s Atlantic off-shore oil rigs. The company that operates the aircraft there, Cougar Helicopters, has already inspected six of its eight helicopters and says the directive should have little impact on its operations.