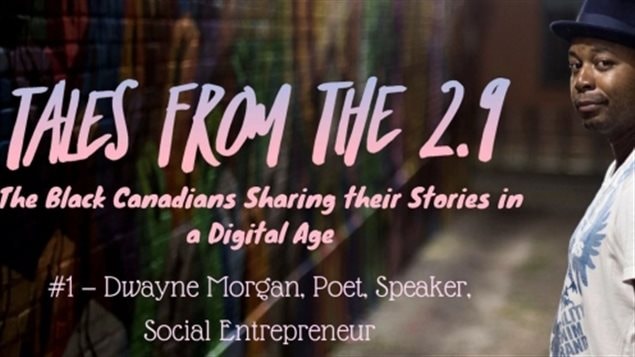 Dwayne Morgan was the first to be profiled this year on Casey Palmer’s blog.
Photo Credit: caseypalmer.com

By day, Casey Palmer works in the Ontario Public Service, but by night, he’s become a popular blogger reflecting on a number of issues of daily life.

This includes being a dad in suburbia. The website is called “Canadian Dad” with the tag- “I’ll write you a blog you can’t refuse”, and you know what? He’s right.

But this year he’s expanded on an interesting section of his website that he started last year, its called, “Tales from the 2.9”

According to the last Canadian census, 2.9 percent of the population identifies themselves as being black.

He says too many people get impressions of black people from news or entertainment sources, that is, usually stereotypes of criminals, or celebrities such as athletes, or movie and music stars.

With “tales from the 2.9” Casey wants to get the stories of black Canadians who aren’t in the news,.

These are the average people who are, like so many others, just working hard to get by. The stories of black Canadians in the middle ground

He actually began the project last year but this year every day during black history month he’ll present another profile.

Simple, straightforward, and not pedantic, it’s an interesting way to hear stories that are too often not heard.