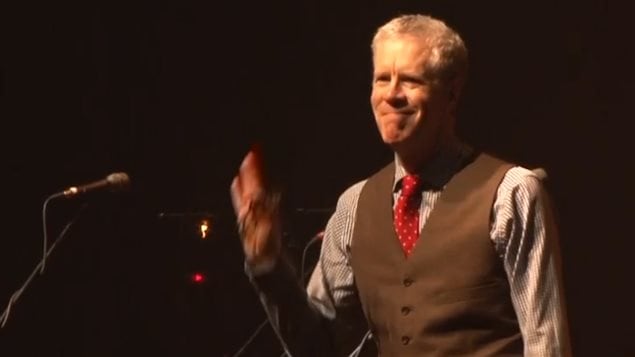 It is perhaps because he reflected so much that is Canadian that there is such an outpouring of grief and tributes for CBC radio host Stuart McLean after his death. For more than 20 years, McLean regaled his listeners with stories graced with warmth and humour.  They were often quirky and got to the very heart of everyday situations.

His weekly program, The Vinyl Café, was recorded in different cities across Canada. It featured on-going stories about a fictional, typical Canadian couple and their two children. McLean also played music by Canadians artists and essays submitted by listeners.

In one hilarious episode, the fictional dad, Dave, forgets on Christmas Eve that he had agreed to cook the traditional turkey for the next day’s dinner. He scours town looking for a turkey, finds one that is frozen solid and ends up taking it to a hotel to have it cooked. You have to listen to it.

In 2012, he was presented with the officer of the Order of Canada Medal but he still maintained that his success was a surprise to him.

Stuart McLean died yesterday at the age of 68 after a battle with melanoma. His work will live on in the books he has written and the recordings of his radio work which will no doubt be brought back by popular demand.