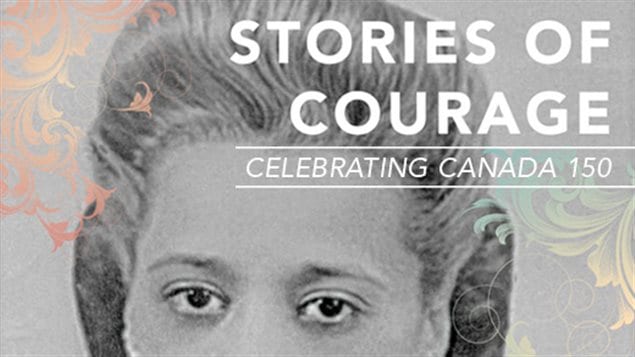 A section of the official Black History Month poster in Canada, featuring Viola Desmond, the Nova Scotian who challenged the segregationist practices in a local movie theatre in 1946.

Black History Month has only been an official celebration during the month of February since 1995 in Canada.

As a result, a first generation of young Canadians has grown up with a greater knowledge of the contribution of many black people, than previous generations.

And now we hear people asking if it is still necessary.

Kwame Mason is the director of the 2015 documentary, Soul on Ice: Past, Present and Future, which traces the history of black hockey players in the National Hockey League.

He admits he is conflicted about it, but he expresses the reality well in this exchange:

During the interview on the history of the NHL and the struggles of black athletes to play at their best level, Kwame Mason refers to the Hollywood feature film, ‘Hidden Figures’

He raises the question of what difference it may have made in the lives of many young black girls over the last 50 years, had they known of the extraordinary contribution of Katherine G. Johnson, Dorothy Vaughan and Mary Jackson, the three brilliant African-American women working at NASA during the 1960’s and the roles they played in the Space Program.

Would Viola Desmond be the first woman on Canadian currency, after the Queen. Desmond was chosen, overwhelmingly by Canadians in a vote last year, and will appear on the new ten dollar bills coming into circulation in 2018.

Harriet Tubman is a black heroine in both Canadian and American history, as a pioneer of the underground railroad. Known as ‘Moses’ Tubman made her way to freedom settling in St. Catherine’s, Ontario around 1851.

She returned to her slave origins in Maryland in the United States many times, to lead many people along the clandestine route to what would become Canada. She was to be featured on the American twenty dollar bill, but that is being questioned now since Donald Trump became president, and had expressed reservations about the change during the election campaign.