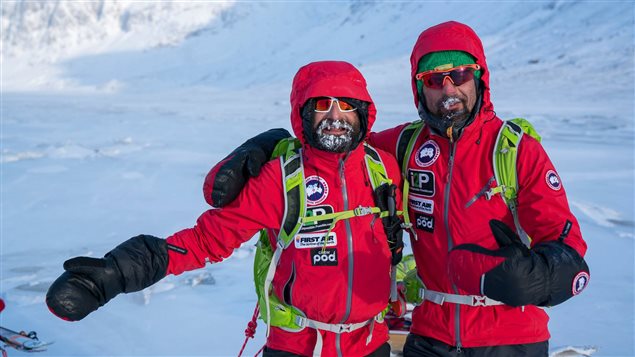 What would you do to celebrate Canada’s 150th birthday?

Canadian ultramarathoner Ray Zahab decided that it wasn’t good enough to blow 150 candles, instead he embarked on an Arctic adventure of a lifetime.

Zahab, whose previous career highlights include a run across the Sahara Desert and a world record for the fastest trek across Antarctica to the South Pole, is currently attempting to pedal nearly 500 kilometres on a fat-bike on the frozen surface of Mackenzie River in Canada’s Northwest Territories.

Zahab and his travelling companions Italy’s Stefano Gregoretti and Yellowknife’s Dr. Ewan Affleck began their trek earlier this week in Wrigley and hope to cycle up through the majestic Mackenzie River Valley to Fort Good Hope.

“Bikes packed! Long drive to the start of stage 3 of Arctic Extreme expedition – a fatbike adventure in the Mackenzie Valley!” Zahab wrote on his Facebook page. 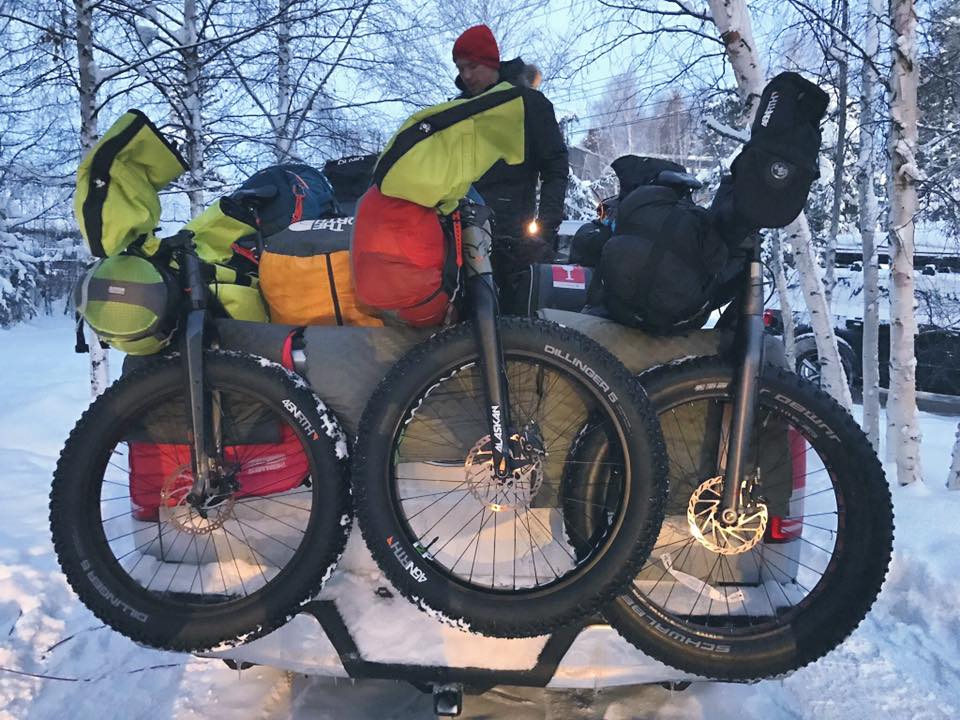 The team’s fat-tire bikes are specially outfitted with studded tires and pedals that can be used while wearing snowmobile boots. (Ray Zahab/Facebook)

That’s right, the 480-kilometre ride through the Mackenzie Valley is only the last stage of an expedition that has already taken Zahab and Gregoretti through Canada’s newest national park, the Torngat Mountain range, in northern Labrador and Quebec, where Zahab nearly froze to death after falling through ice, and to Nunavut’s Baffin Island.

“Everything seemed okay, then without warning the ice gave way under my feet and I was surrounded by open and fast moving water,” Zahab described his misadventure. “My arms were out at each side gripping the sides where I fell through, but my snowshoes were pulling me under the ice with the current as I struggled. There was a gap of 6 inches of darkness between the ice and river I was in. I needed to get out as fast as possible, and I guess it was adrenalin, but I flung my leg through the water, and was somehow able to hook my crampon onto some ice and push myself out of the hole, Stefano then hauling me safely away from the hole.”

Despite the accident, the pair decided to press with the second leg of their adventure:  to traverse Baffin Island on skis, crossing the Penny Ice Cap.