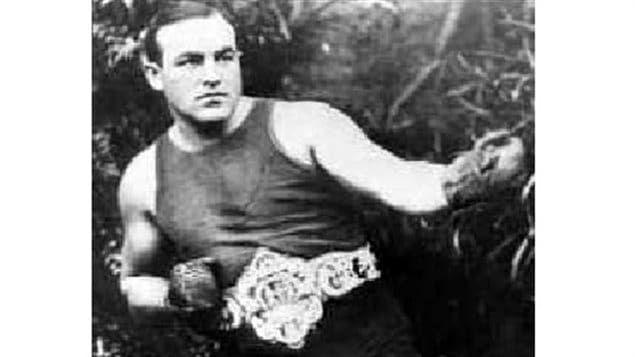 Canada history: Feb 23, 1906: A Canadian becomes one of the greatest heavyweight boxers ever

His name was Noah Brusso, but is better known as Tommy Burns.

He was the world’s first true World Heavyweight Boxing Champ.

The reason is that he travelled the world and took on all comers defending his heavyweight title creating another record by being the first to defend his title outside the US.

He also broke the colour barrier, fighting black men, when almost no-one else in sports dared.

According to his biographer Burns said, “I will defend my title against all comers, none barred. By this I mean white, black, Mexican, Indian, or any other nationality. I propose to be the champion of the world, not the white, or the Canadian, or the American. If I am not the best man in the heavyweight division, I don’t want the title.”

And defend he did, in the US, France, England, Ireland and Australia, making it a true World Championship and not just an American  championship with a grandiose title, which had been the case, and which to some extent continues to be the case.

And yet, as is so often the case with Canadian heroes, stars, and major celebrities, he died mostly forgotten by his own country.

Brusso was born near Hanover Ontario in impoverished circumstances of German-Canadian parents.

He began his career in 1900 in Detroit under his own name as a lightweight and quickly earned a reputation as being fast with a hard punch with either hand.

By 1902 he was fighting middleweight and was matched against a heavyweight, losing on points to the much larger opponent. That hardly stopped him though, as he was the Michigan state middleweight champ in 1903. In 1904 his devastating punch nearly killed an opponent, and Brusso left the area to avoid charges of assault as boxing was still more or less illicit. The incident made international news, and to avoid embarrassing his mother, he changed his name to Ed Burns, and later Tommy Burns.. By 1905 he was the middleweight champ of the Pacific coast.

Then on this date, February 23, 1906, he got a shot against the then Heavyweight Champion Marvin Hart in Los Angeles.

Rated as a considerable underdog, many bet that he wouldn’t even last more than a few rounds.

Burns however, psyched his opponent with a lot of tape on his hands, and then taunted Hart when the champ objected. An angry Hart forgot his style in trying to overpower his smaller opponent. After 20 rounds, Burns was declared the winner on points.

Another interesting fact was that Burns was smart. He was his own promoter and unlike most fighters, managed to make and keep a lot of money.

Eventually Burns signed a contract in Australia to fight black fighter Jack Johnson, earning a lot of anger for it back in the US.  It should be mentioned though, it was probably much more for the big purse, than out of any sense of altruism.

Johnson meanwhile who was a much bigger man, won fairly easily against Burns who was recovering from the flu and was down to 168 pounds. The fight was stopped in the 14th round, although there may have been some dubious action by Johnson’s trainer to call the police to stop the fight Burns insisted he could continue but the promoter awarded the fight to Johnson.

Thus for the first time a black man had the heavyweight title.

In 1909 in Vancouver, Johnson apparently gave Burns credit as the first white heavyweight to give a black man a chance for the title.  He is alleged to have said,  “Let me say of Mr. Burns, a Canadian and one of yourselves, that he has done what no one else ever did, he gave a black man a chance for the championship. He was beaten, but he was game.”

Burns fought occasionally after that, but joined the Canadain Army in the First World War becoming a fitness instructor.

He later promoted some boxing events and ran a speakeasy in New York in 1928,

Although he had made and kept lots of money, the crash in 29 wiped out his savings and investments.

He became a salesman, and by 1948 an evangelist minister in California.

At age 73 he was visiting a friend in Vancouver when he suffered a heart attack and died.

He was buried in a pauper’s grave in Burnaby BC, in a funeral attended by only four people.

In 1961 a sports writer raised funds for a plaque for his grave.

As to why he has been forgotten, many attribute it to a lot of bad press during and after his career and animosity over a fight in England, the first heavyweight title fight which gave a Jewish man a shot at the title, in a time of anti-Semitism, and for breaking the colour barrier with  Jack Johnson who became the Champion as a result.

As to why he has been forgotten, many attribute it to a lot of bad press and animosity over a fight in England, the first heavyweight title fight which gave a Jewish man a shot at the title, in a time of anti-Semitism, and for breaking the colour barrier with  Jack Johnson who became the Champion as a result.