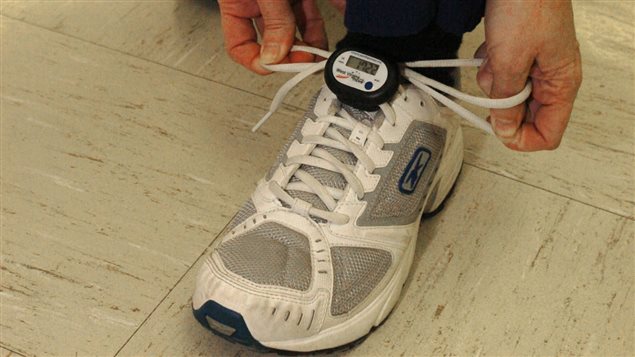 Dr. Kaberi Dasgupta has been treating patients with diabetes and hypertension for many years and some of them have had complications like heart disease and stroke. Doctors have long known that exercise can have many health benefits like lowering blood sugar levels and insulin resistance, but getting patients to do it no easy task.

“We tend to tell people to be more active, suggest that they go to a gym. But as everybody knows in their personal life, it’s hard to take that advice and turn it into action,” says Dasgupta, scientist and associate professor at the McGill University Health Centre in Montreal.

She decided to see if it might make a difference to have doctors prescribe a number of steps for their patients to take every day and combine that with the use of a pedometer so they could gage how they were doing.

What she found was that after one year, the patients walked 1,200 steps more per day on average that did the patients who did not get the prescriptions and pedometers. While this was less than the 10,000 steps recommended that everyone take every day, it did have the effect of lowering their blood sugar levels and insulin-resistance.

What else could work?

If they did more, Dasgupta thinks that could have reduced the stiffness of their arteries. So, she plans further studies to see if other measures could increase the steps patients take. They will include follow-up calls from health professionals, peer-to-peer support, and more structured prescriptions which would include specific targets over a period of time. Dasgupta is seeking funding for more study.

In the meantime, she says the results of her study suggest prescriptions and pedometers should become part of a doctor’s standard treatment for patients with diabetes and hypertension.