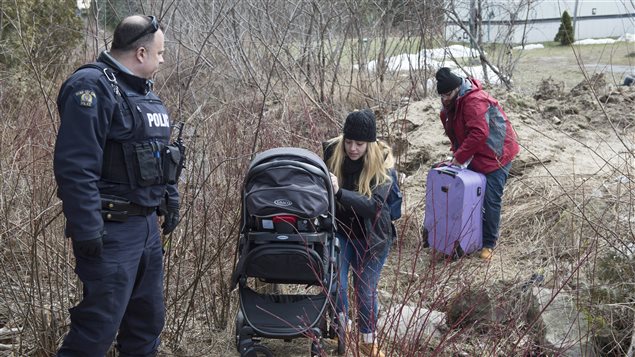 Comparing parts of the Canada-U.S. border to “Swiss Cheeze,” the head of the union that represents Canada’s border officers says more help is needed.

Jean-Pierre Fortin is calling for a 300-person mobile force led by the Canada Border Services Agency–something similar to the way the U.S. patrols the American border with Mexico.

Fortin, who is president of Canada’s Customs and Immigration Union, says the RCMP is stretched too thin to cover the 8,900 kilometres adequately.

Government figures indicate that in the first three weeks of February, more than 400 people crossed the border illegally to seek asylum, including 290 in Quebec, 94 in Manitoba and 51 in British Columbia.

Most of the asylum seekers are from Africa and the Middle East.

None was charged with a crime and officials say most were eligible to apply for asylum.

Fortin says the number of asylum seekers is expected to grow as the weather warms.

He says there are hundreds of unguarded roads that leading into Canada from the U.S.