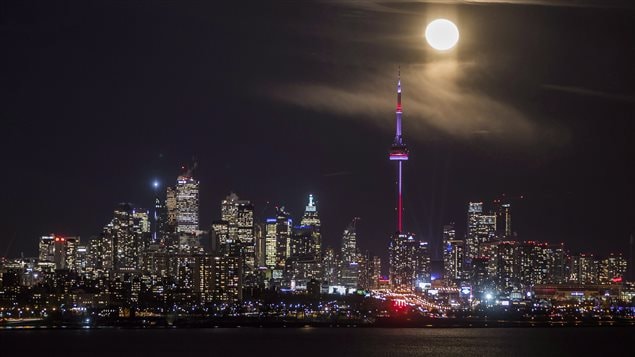 Toronto: ‘The Views are Different Here’

Toronto‘s new video ad, titled ‘The Views are Different Here’, is just over a minute of moments captured in Canada’s largest city.

“We come from everywhere”

Long touted as the most ethnically diverse city in the world. Andrew Weir, Vice President and Chief Marketing Officer at Tourism Toronto says there’s now a confidence in the city. One that might be captured in Tourism Toronto’s bold assertion of the city as “Canada’s Downtown”.

Weir says, along with the dramatic physical growth and change in the city over the last 25 years, there’s also a change in the way Toronto talks about itself.

“There is a confidence, some people call it a swagger, I think our civic psyche has been emboldened over the last number of years.”

He says the combination of big global city while distinctly Canadian, makes it increasingly a draw to visitors from around the world.

The city has more than a 10 per cent increase in tourists from the United States and overseas last year, and over 70 per cent of them flying in, rather than driving.

Home to some of the biggest names in pop music, who proudly proclaim it as their home, the city resonates in the minds of a young demographic in a new way.

“Not only are they coming from Toronto, but they’re building Toronto into their identity, they’re talking about Toronto, they’re writing music about Toronto”, Weir says of  artists like Drake, The Weeknd, Shawn Mendes and Alessia Cara.

Weir says the sports renaissance with the success of Toronto’s professional teams, such as The Raptors in the National Basketball Association (NBA), and the Toronto FC, who compete in Major League Soccer (MLS) added to the storied franchises, such as the Toronto Maple Leafs of the NHL, the Toronto Argonauts of the CFL, and the Toronto Blue Jays of baseball’s American League, have added a verve to the city.

“When you see thousands of fans gathered outside the stadium at every game, there’s an energy there that people want to be a part of.” says Weir.

This year, in the 150th anniversary of Canada there’s a lot of celebrating going on. Toronto will be hosting some major events. The Invictus Games, Prince Harry’s 2014 initiative for injured war veterans, will take place in September.

Described on the web site as “the only international adaptive sport event for injured active duty veterans, it will bring 550 competitors to Toronto from 17 participating allied nations for the last week of September.

The North American Indigenous Games will take place in the middle of July. Along with the sport competitions there will be cultural events as well honouring the history and the present of the more than 5,000 Indigenous athletes, coaches and spectators expected in Toronto for this occasion.

Paid for by a partnership with the Greater Toronto Hotel Association and Ontario’s Ministry of Tourism, Culture and Sports, the ad will run in major U.S. cities including New York, Boston, Washington, Chicago, Philadelphia, Los Angeles and on YouTube.