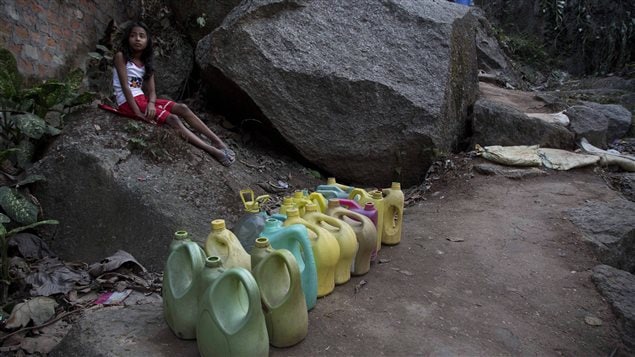 An Indian girl waits for the arrival of water at a public tap in Gauhati, India. There is no direct supply of drinking water at homes in most of the country’s poor neighbourhoods.
Photo Credit: Anupam Nath/AP Photo

On the eve of the UN’s World Water Day comes news that extreme weather will make things more difficult for the 663 million people who already have don’t have access to clean water.

WaterAid Canada lists Papua New Guinea, Madagascar and Mozambique among the worst performing countries for rural access to clean water and the most vulnerable to climate change and least ready to adapt. In Africa, temperatures are projected to increase faster than the global average and there is already drought and near famine in several countries.

It is the poorest countries that most lack the infrastructure to mitigate the effects of climate change. WaterAid is calling for more public and private financing for water, sanitation and hygiene.