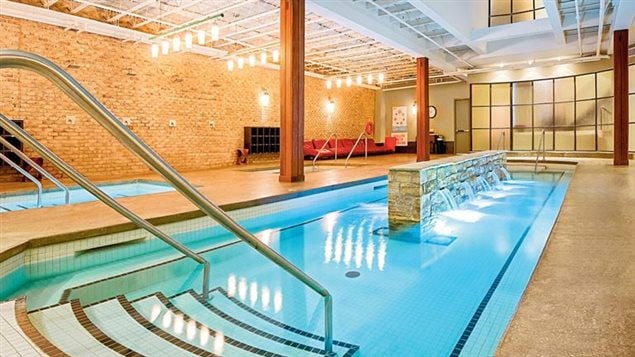 Toronto’s body blitz spa has found itself in the middle of a social media firestorm after turning away a transgender customer because of a policy forbidding male genitalia
Photo Credit: body blitz spa/Facebook

A women’s-only, clothing-optional spa in Toronto has set off a social media firestorm after it allegedly turned away a transgender person because of a policy forbidding male genitalia.

Critics have accused Body Blitz spa, which operates two spas in the city, of transphobia while others have jumped to the company’s defence after a customer trying to book a service tweeted that her transgender partner was refused entry.

my wife tried to book me a surprise appt @bodyblitzspa but they won’t allow ‘male genitalia’ at the spa and told us not to come https://t.co/YgF0e7m6qJ

“My homegirls and I love this spa!! Thank you for keeping women safe,” reads one post on the Body Blitz Facebook page.

“I believe there’s a ban on Trans women who have not had a complete physical transition. I’m curious to know if bisexual women are OK? Is it only the T in LGBT+ who face discrimination?” wrote another user.

.@bodyblitzspa your policies are transphobic & wrong. How dare you ban women who are trans from your spa. I’m outraged. Never using you.

.@bodyblitzspa I support you. Please don’t redefine women to include penis. I wouldn’t feel safe going if males were allowed in.

“This type of situation needs to be addressed yes, but addressed with everyone’s comfort in mind,” wrote yet another user who said she personally didn’t have a problem with transgender women in transition being allowed into the spa. “Everyone has rights, EVERYONE not just, for lack of a better term, minorities. So even though this client identifies as female but physically presents as male, did you or anyone else stop to think how the physical presenting woman or women might have felt to have a physical male presence, nude or in bathing costume in a semi intimate setting?”

Body Blitz declined an interview with CBC News, however the company emailed the following statement: