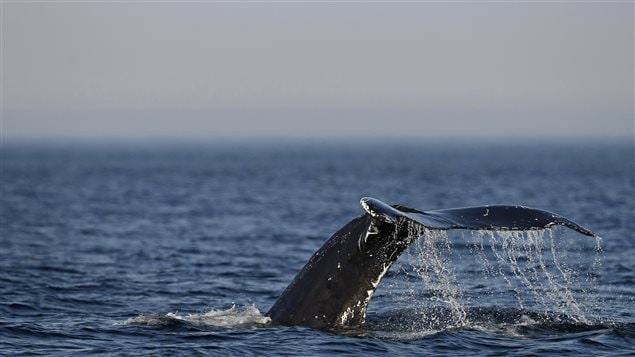 A humpback whale’s tail comes out of the water during a ride on the Les Ecumeurs boat on the St. Lawrence river at Les Escoumins, Quebec, August 13, 2009.
Photo Credit: Mathieu Belanger

Environmental groups are blasting the Liberal government’s plan to allow oil and gas exploration in a proposed marine protected area off the southwest coast of Newfoundland and Labrador in the Atlantic Ocean.

The Department of Fisheries and Oceans Canada released an impact statement last Friday on its Laurentian Channel protected area, a 11,619-square-kilometre swath of ocean where the Gulf of St. Lawrence meets the Atlantic Ocean. The plan calls for limiting commercial activity in the area in order to protect vulnerable marine life. 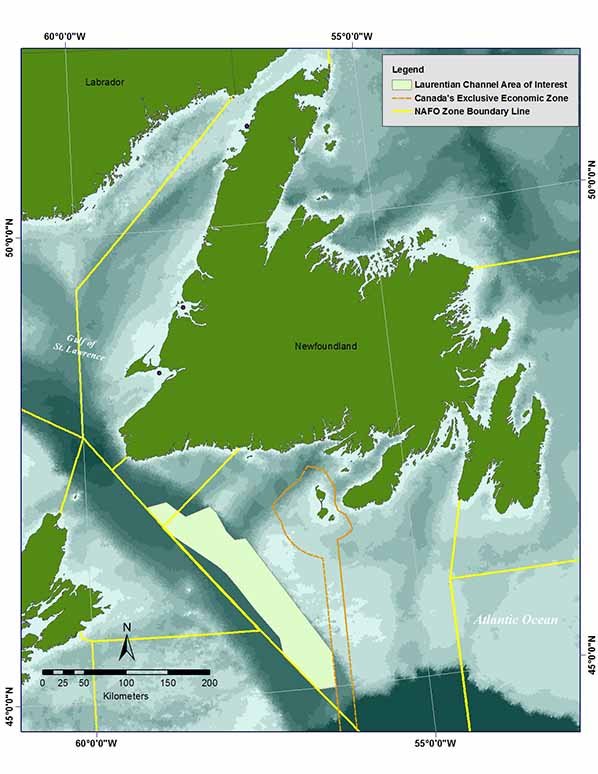 Under the proposed regulations the DFO plans establish two different management zones within the MPA, with varying levels of protection in each one.

The regulations would prohibit certain human activities, such as oil and gas development, submarine cable installation and anchoring, within a “core protection zone” where the ecosystem features and functions of the area are susceptible to their impacts, according to the DFO document.

However, the government plans to allow commercial activities, including oil and gas exploration, within the so-called “adaptive management zone” because “they would not significantly impact the conservation objectives,” the document states. 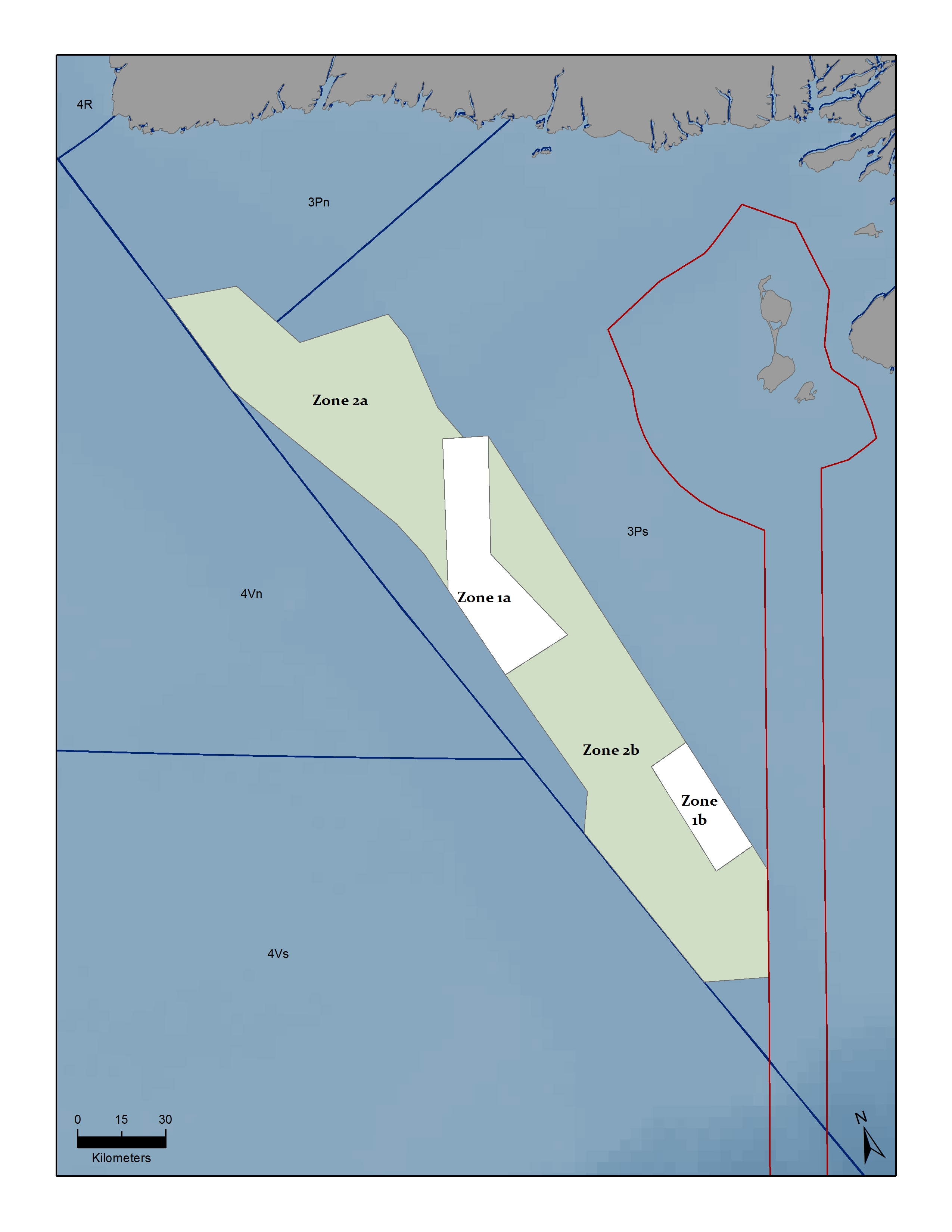 The core protection zone (CPZ) would comprise two spatially distinct areas (Zone 1a and Zone 1b) that are strict protection zones. They are designed to provide the highest level of protection to areas containing high concentrations of coral and sea pens. The only activities that would be allowed within the CPZ are activities for public safety and national security; Aboriginal food, social and ceremonial fisheries; and marine navigation (excluding anchoring) (Source: DFO)

That leaves about 80 per cent of the MPA open to oil and gas exploration and exploitation, argue environmental groups.

“We are extremely concerned,” said David Miller, president and CEO of World Wildlife Fund-Canada. “If you look at national parks on land, they do not allow for extractive activities like drilling for oil and gas in a national park and I think people can understand why. If you’re trying to protect an area because it’s important for an ecosystem, you have to protect the entire system.”

The Laurentian Channel is a critical migration route for some of our most endangered whales, including humpback and minke whales, as well as endangered blue whales and endangered North Atlantic right whales, and oil and gas exploration and extraction threatens them with noise pollution, habitat disturbance and physical injury from seismic blasting, Miller said.

(click to listen to the interview with David Miller)

Sabine Jessen, National Ocean Program Director at the Canadian Parks and Wilderness Society (CPAWS), said they too are very concerned that DFO would recommend regulations allowing oil and gas activities to continue in a marine protected area.

“Laurentian Channel is an ecological gem that will suffer irreparable harm if oil and gas activities are allowed,” Jessen said in a statement on Friday.

A government spokeswoman suggested the government is willing to listen and plans to achieve its goal “through sound science and transparent decision-making, and in meaningful consultation with Canadians.”

“We look forward to listening to what Canadians have to say about the proposed Laurentian Channel Marine Protected Area, which aims to protect and conserve important species and habitat so that they can be enjoyed by generations to come,” Laura Gareau, a spokeswoman for Fisheries and Oceans Minister Dominic LeBlanc, said in an e-mailed statement Friday.

“Only activities that are determined to be compatible with the conservation objectives of this MPA would be allowed,” she added.

No oil and gas activity is taking place in this area right now, Gareau said.

“If that’s the case, then this should be an easy one, where the decision is very clearly to protect this very important and fragile ecosystem” said Miller.

WWF-Canada hopes the regulations will get changed if there is enough pressure on the government from concerned Canadians, Miller said.

The government is committed to consultations and encourages Canadians to get involved in the process, Gareau said.

“All input will be taken into account when finalizing this Marine Protected Area,” she said.