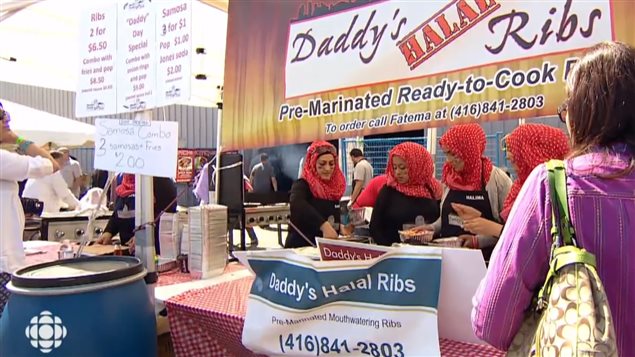 As in previous years, food at the festival will be prepared in accordance with Islamic law.
Photo Credit: CBC

For the fifth year, the Toronto suburb of Mississauga is hosting what it bills as North America’s largest halal food festival from July 15 to 16.

Halal food is that which is prepared according to Islamic law. Animals must be healthy before being slaughtered in a prescribed, humane way and with a prayer. Foods must not come into contact with alcohol or pork products.

The Muslim community expected to triple

Festival organizers expect over 35,000 visitors and will celebrate diversity by featuring foods from around the world. There will also be cooking demonstrations, live performances by artists and comedians and a large playground for children as well as insect and reptile shows.

The festival has several sponsors and is partly funded by the government of Canada.