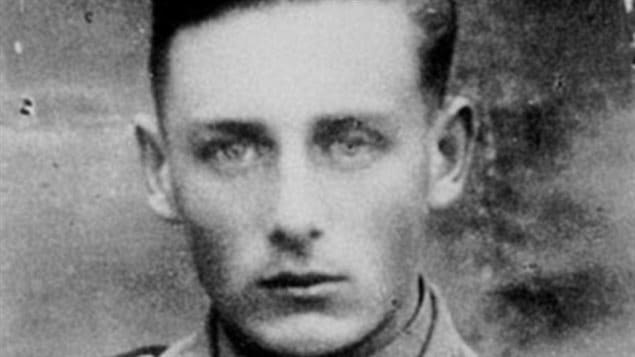 Helmut Oberlander, 93, has said he was forcibly conscripted by the Nazis when he was 17 years old. For the fourth time, he is fighting a federal government decision to strip him of his citizenship.
Photo Credit: CIJA

The federal government has once again stripped Helmut Oberlander of his Canadian citizenship for serving in a Nazi death squad and lying about it to enter Canada.

Oberlander, 93, was an interpreter for the Nazis and served in Einsatzkommando 10a, a group of mobile death squads that participated in the systematic extermination of Jews in Nazi-occupied Eastern Europe and the former Soviet Union. Oberlander has denied taking part in any executions.

It’s the fourth time Ottawa has taken this step after Oberlander defeated government efforts in court three times to restore his citizenship.

“We are determined to deny safe haven in Canada to war criminals and persons believed to have committed or been complicit in war crimes, crimes against humanity or genocide,” Pierre Deveau, spokesperson for Immigration, Refugees and Citizenship Canada, said in a statement.

Efraim Zuroff, the chief Nazi-hunter of the Simon Wiesenthal Center and the director of its Israel Office, said he was very pleased with the decision by the government of Prime Minister Justin Trudeau to revoke Oberlander’s citizenship.

“I only regret that he has been able in three previous times to have that decision overturned,” Zuroff said in a phone interview with Radio Canada International.

(click to listen to the full interview with Efraim Zuroff)

Einsatzkommando 10a, one of the most notorious death squads which operated in Nazi-occupied southern Ukraine during WWII, was responsible for the deaths of tens of thousands of Jews who were murdered simply because they were categorized as enemies of the Reich, Zuroff said.

“Obviously a man like Oberlander, who started his service at a young age, wasn’t an officer, is not as guilty as the people who planned the ‘Final Solution,’ that was the Nazis’ plan to destroy the Jewish people throughout the world, nor is he as guilty as the officers in that unit,” Zuroff said. “But international law, throughout its inception always rejected the ‘superior orders defence’ and recognized individual criminal responsibility.”

Oberlander, who was born in a Mennonite community in southern Ukraine, has said he was forced into service and he never subscribed to Nazi ideology.

The fact that he served in the notorious SS Einsatzgruppen unit alone should be enough to convict him of being accessory to murder, Zuroff said.

He also has doubts about Oberlander’s insistence that he did not participate in the killing of civilians, Zuroff said.

In an emailed statement to CBC News, Deveau said the government “welcomes newcomers” to the country “for all the ways they enrich our society.”

“We also know the value of Canadian citizenship, and cannot allow anyone to defraud the system or diminish its integrity. We don’t take citizenship revocation lightly, but it is necessary in cases of fraud and serious misrepresentation,” the statement said.

But Canada has a very poor record when it comes to going after Nazi war criminals, Zuroff said.

The first case that came to court in 1987 was the case of a Hungarian gendarmerie officer in the town of Szeged Imre Finta . Finta was accused of assisting the Nazis in the forced deportation of 8,617 Jews from Szeged during the Holocaust.

Finta’s defence was that he simply followed orders.

“Contrary to what happened everywhere else in the world, the court in Ontario accepted that defence,” Zuroff said.

Finta was acquitted after a six-month jury trial. The acquittal was upheld by the Ontario Court of Appeal in 1992 and the Supreme Court of Canada in 1994, which also ruled that that the use of the Criminal Code to prosecute Finta was unconstitutional.

The decision forced the government to follow the American model to try to deal with alleged war criminals – stripping them of their citizenship.

Following that decision, the government stripped 10 people of their citizenship in relation to alleged war crimes committed during WWII.

Of those 10, only two people voluntarily left Canada. The other eight, including Oberlander decided to remain in Canada and fight their deportation. Seven of the alleged have since died in Canada, and Oberlander has successfully fought off three attempts to strip him of his citizenship.

Oberlander is seeking a judicial review of cabinet’s decision, as he has done on three previous occasions. A court hearing is expected in the fall or early 2018.