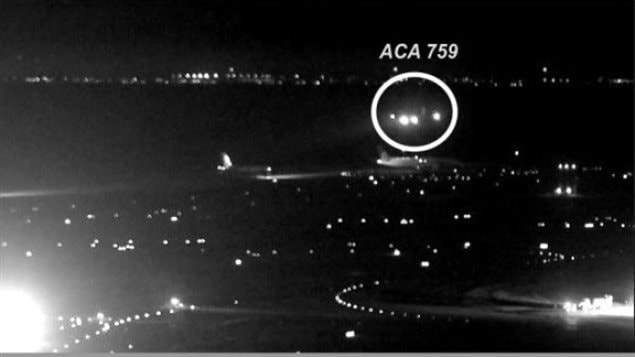 Air Canada jet was closer than believed to near disaster in San Francisco, new images show

An Air Canada plane attempting to land at San Francisco International Airport with 140 people on board was even closer to crashing onto four planes lined up on the taxiway for takeoff last month than previously believed, newly released data and photos show.

The Air Canada pilots on flight 759 from Toronto to San Francisco mistook the taxiway for the runway next to it and flew their jet to just 18 metres above ground before pulling up to attempt another landing, according to National Transportation Safety Board information released Wednesday. 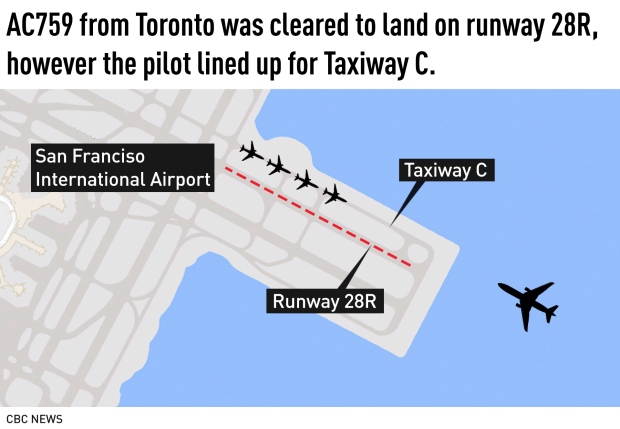 A recording of conversations between the air traffic control tower and the pilots involved in the incident offered a dramatic window into the incident.

“Where is this guy going? He’s on the taxiway,” the pilot of one of the planes on the ground could be heard warning the control tower in a recording posted online. The crew of a Philippine Airlines jet behind it switched on their plane’s landing lights in an apparent last-ditch danger signal to Air Canada.

NTSB investigators said they have not determined probable cause for the incident that came within a few metres of becoming one of the worst disasters in aviation history.

The investigators said that as the Air Canada jet approached the taxiway just before midnight, it was so far off course that it did not appear on a radar system used to prevent runway collisions.

Those systems were not designed to spot planes that are lined up to land on a taxiway — a rare occurrence, especially for airline pilots.

Both pilots of the Air Canada Airbus A320 jet were very experienced. The captain, who was flying the plane, had more than 20,000 hours of flying time, and the co-pilot had about 10,000 hours.

The pilots told investigators “that they did not recall seeing aircraft on taxiway but that something did not look right to them,” the NTSB said.

One comment on “Air Canada jet was closer than believed to near disaster in San Francisco, new images show”