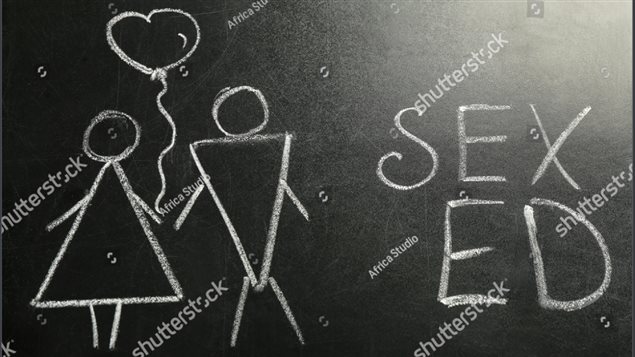 Laurie Betito, a Montreal-based psychologist with a private practice specializing in sexuality, has also been listening and talking to late-night radio audiences for 18 years now.

Laurie Betito is the director, and she explains how it works.

“We, myself and contributors, who are all either doctors, therapists, all specialists in the field of sexuality, contributing blog posts and providing all kinds of sexual health information… and we answer people’s questions, we get questions from all over the world.”

Betito was surprised by the lack of criticism on her move onto the site. “I expected more, we got a whole lot more positive feedback than we got negative feedback, a lot more.”

What has surprised her since February, is the amount of questions, from all over the world.

“Some of the questions we got were of the most basic, basic nature, and it just showed me how little sex education there is really around the world.” she says.

“Essentially it can all be boiled down to one thing, one question, and the question is, am I normal?”

While Betito doesn’t consider herself a pioneer in the field, she acknowledges the challenges people can encounter when trying to get questions about sexuality answered.

“There are very few accessible experts.”

“Certainly in Canada I’m one of the very few who have been broadcasting and talking about sexuality openly on television and radio, there have been others, but mine has been one of the longest running shows, it’s eighteen years now that we’re doing this, every night, so it’s not really about being a pioneer but  being a consistent voice.”