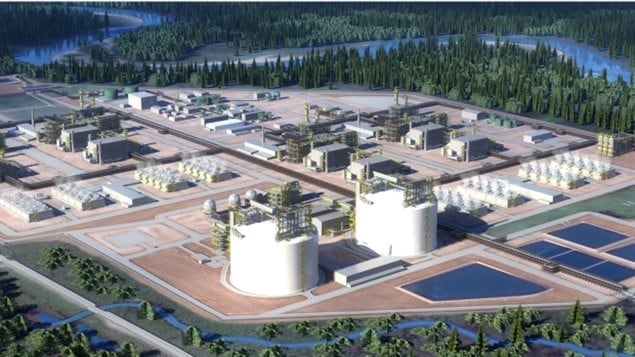 The province of British Columbia has approved two liquefied natural gas (LNG) projects but the Pembina Institute found that if they go ahead, they would emit enough carbon pollution to make it virtually impossible to meet 2050 climate change targets. The province has committed to reducing carbon emissions to below 2007 levels by 2050. The energy think-tank has issued a report on the implications of the development of LNG projects.

‘The scale is so large’

“The scale (of these projects) is really challenging,” says Maximilian Kniewasser, program director of B.C. climate policy at the Pembina Institute. “The approved projects actually use fairly good technologies but there is just a mismatch on the scale.

“The scale is so large that it just becomes really challenging to make good on B.C.’s climate targets.”

While the report focuses on two already-approved projects, the authors note that there are a total of 18 being considered. A recent election in the province unseated a government that was in favour of LNG projects. The new government is more committed to environmental issues but it also faces economic pressures.

“There seems to be a renewed commitment to toward our climate targets,” says Kniewasser. “So, we’re cautiously optimistic but it’s too early to make any judgements so far.”