As Montreal celebrates the 375th anniversary of its founding, municipal authorities have presented changes to the city’s flag and its coat of arms to finally acknowledge and honour the contribution of Indigenous peoples whose presence on the island predates by millennia the arrival of French settlers in 1642.

The new design unveiled by the city on Wednesday has added a white pine tree, symbolizing peace and harmony, to its coat of arms and city flag in recognition of the contribution of Indigenous people to the city.

The white pine placed in the centre of a circle open at the four compass points represents the Circle of Life and the council fire—a place for meeting and dialogue, according to a statement by the city.

“Montreal has changed its coat of arms and flag to better reflect the city’s origins, establish a ‘nation-to-nation’ relationship with Indigenous Peoples and recognize their importance and fundamental historical contribution,” city officials said in a statement.

Ghislain Picard, the chief of the Assembly of First Nations for Quebec and Labrador, praised the decision to add an Indigenous symbol to its flag.

“The City of Montreal demonstrates its commitment by acknowledging, in its coat of arms and flag, the historical and contemporary presence of our peoples,” Picard told CBC News. 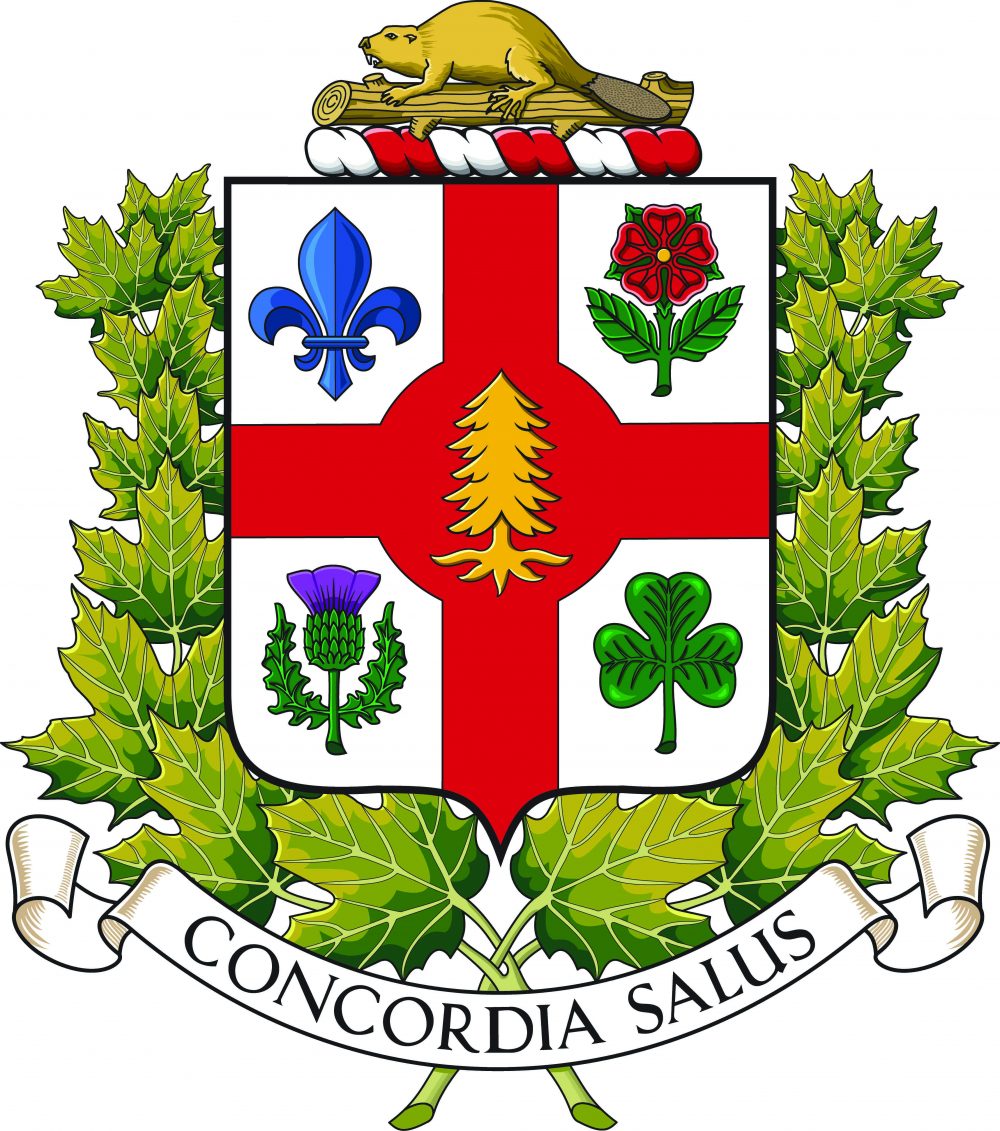 The city’s new coat of arms preserves the key elements of its former version, plus the pine symbol. The Latin motto Concordia Salus (Salvation through harmony) remains, along with the maple leaves and beaver. (City of Montreal)

Mayor Denis Coderre’s office also confirmed to CBC News Wednesday that the city will change the name of Amherst Street, named after the controversial 18th century British general Jeffery Amherst, who advocated the use of small-pox-infected blankets to decimate the Indigenous population that resisted British expansion.

The city has not decided on a new name for the street.

There are dozens of other landmarks and streets in Canada and the United States named after Amherst, under whose command British forces captured the cities of Louisbourg, Quebec City and Montreal during the Seven Year’s War between 1756 and 1763.