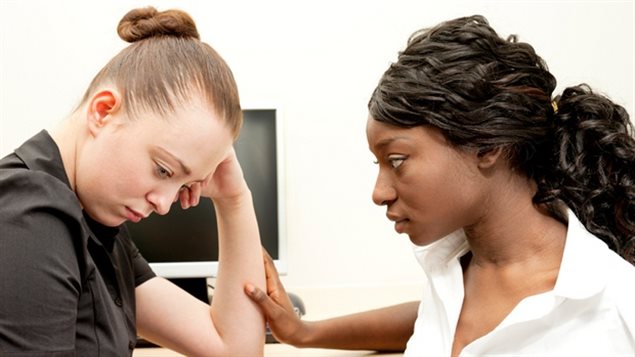 According to the World Health Organization, globally, more than 300 million people suffer from depression and more than 260 million live with anxiety disorders.
Photo Credit: iStock

Nearly half a million Canadians miss work every week because of mental health issues, according to the Mental Health Commission of Canada.

And the problem of mental health seems to be especially acute among the members of the youngest generation – those aged 18 to 34 – of Canada’s workforce.

Half of Millennials say they’ve experienced depression, according to a recent Ipsos survey. That compares with four out of ten GenXers (those aged 35 to 54) and three out of ten Boomers (those aged 55 or older).

“These trends among younger age groups in the workplace may seem disconcerting,” Mary Ann Baynton, program director, Great-West Life Centre for Mental Health in the Workplace, said in a statement. “However, these results may partly reflect that younger workers are more aware of mental health and less likely to be silenced by social stigma, which is what we’ve seen through other research.”

The survey found Millennials are also more likely than other age groups to report being bullied or harassed, experiencing discrimination and unfair treatment due to a mental illness.

According to the World Health Organization, globally, more than 300 million people suffer from depression and more than 260 million live with anxiety disorders.

A recent WHO-led study estimates that depression and anxiety disorders cost the global economy $1 trillion US each year in lost productivity.

“Mental health is a vital part of our overall wellbeing, and everyone deserves access to the mental health care and support they need,” Prime Minister Justin Trudeau said in a statement on the occasion of the World Mental Health Day.

“Today is a chance to celebrate the people who are working to make mental health care a reality around the world – and a reminder that all of us have a role to play to fight stigma and create cultures where we can talk openly about mental health.”

Addressing mental health at work should be as commonplace as prioritizing physical health and safety on the job, said Louise Bradley, president and CEO of the Mental Health Commission of Canada (MHCC).

Trudeau said his government has committed $5 billion over 10 years in the 2017 budget to support mental health initiatives across Canada.

Last week, the Liberal government also launched a new suicide prevention strategy for Canadian soldiers and veterans. And the government has pledged over $200 million over the next five years to increase support for mental health services for First Nations and Inuit, Trudeau said.

“Today, I especially want to thank all those who have shared their stories and experiences around mental health – including my mother, Margaret,” Trudeau said, referring to his mother’s well-publicised struggle with mental health issues. “Their courage and openness have helped to fight stigma and made it easier for us to talk openly about mental health. Together, we can build on their efforts, and support the mental health of Canadians for generations to come.”