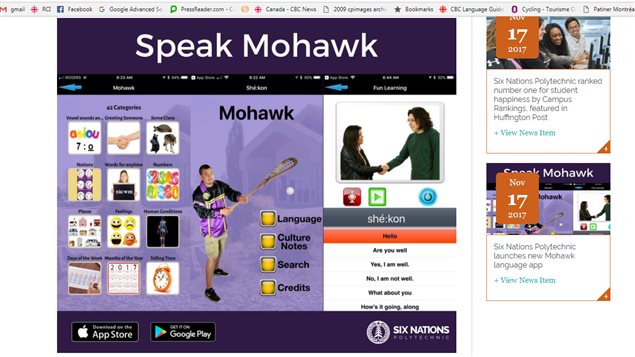 An Indigenous post-secondary organization in the province of Ontario has launched an app for people who want to learn the Mohawk language.

In the meantime, the Six Nationals Polytechnic has launched its new app which can be downloaded for Apple or Android from the Apple or Google Play stores.

Users can browse different categories such as Greetings, Clans, Nations, Numbers, Places, Feeling, Seasons and more. They can listen to the words, see the spelling and play games.

The Mohawk language app was created based on a successful app for learning the Indigenous Cayuga language was launched last year.