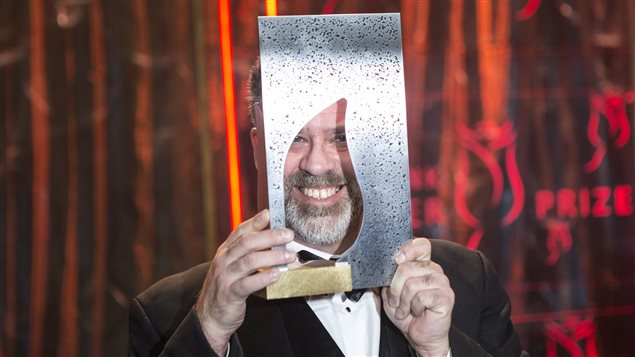 At a lavish gala in Toronto, an emotional Michael Redhill accepted the Giller Prize saying: “For the people in my life, thank you for accepting me for the deranged person that I am.” He won $100,000 for his novel called Bellevue Square which is a thriller about a woman searching for her double.

This was the first year the Giller gala took place without the presence of its congenial founder, Jack Rabinovitch. This champion of authors and the Canadian literary world died on August 6th after falling down the stairs. He was 87.

Rabinovitch created the Giller prizes in 1994 to honour his wife, Doris Giller, who had died one year before.

Winning author Michael Redhill has written three other novels, one of which was listed for the Man Booker Prize in 2006. He has also written a young children’s novel, four poetry books and two plays. He also writes crime novels under the name of Inger Ash Wolfe.

The four other finalists who will get $10,000 each are Rachel Cusk for Transit, Ed O’Loughlin for Minds of Winter, Eden Robinson for Son of a Trickster and Michelle Winters for I am a Truck.

Those books were chosen out of 112 that were submitted. The jury was comprised of former Giller winners and other authors.