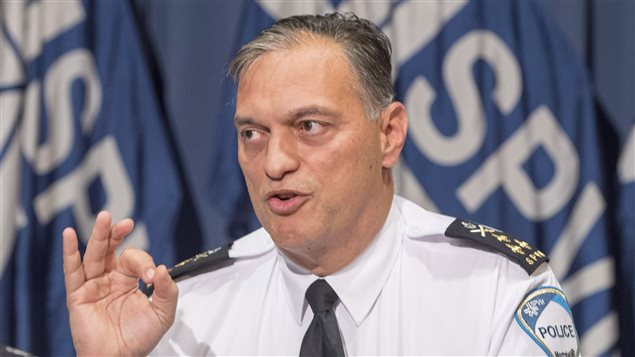 Quebec’s Public Security minister has suspended Montreal’s chief of police and replaced him by the head of the provincial police force.

“The findings — which cover a period from 2010 until today — are troubling,” said Coiteux.

“The report makes clear that several criminal allegations that should have been investigated never were, and never were signalled to the Public Security Ministry, as the Police Act requires.”

In many instances some people within the force had special treatment, while some investigations were botched, said Coiteux.

“Important information was deliberately left out of investigative reports, in order to make sure that certain police officers would not be brought before the courts or face disciplinary proceedings,” he said.

The investigation by Bouchard was launched following allegations by two veteran police officers that they were targeted by the force’s internal investigators who fabricated evidence against them to stop them from speaking about abuses within the force.

In October, Pichet was forced to fire his chief of staff after provincial police raided Montreal police headquarters as part of a fraud and breach of trust investigation of overtime claims and bonuses.

Pichet’s tenure has also been marked by several other controversies, including a scandal involving Montreal police spying on a prominent columnist in the French-language La Presse newspaper to find out his sources inside the department, which led to a public inquiry on protecting the confidentiality of journalistic sources.

Pichet was named in August 2015 by then-mayor Denis Coderre. Prud’homme will be expected to make a recommendation as to whether Pichet should be reinstated or fired by the end of next year.

With files from The Canadian Press and Kalina Laframboise, CBC News