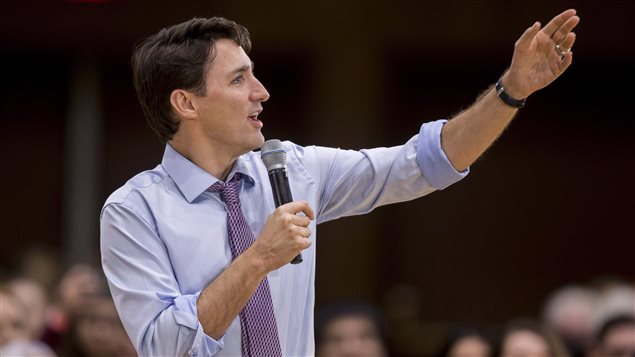 Trudeau to ramp up NAFTA charm offensive with tour of 3 U.S. cities

As Canadian, American and Mexican diplomats prepare for another tense round of negotiations on the North American Free Trade Agreement that will take place in Montreal next week, Prime Minister Justin Trudeau announced Friday that he plans to make a three-city trip to the United States next month.

Trudeau will stop in Los Angeles, San Francisco and Chicago from Feb. 7-10 to “further strengthen the deep bonds that unite Canada and the United States.”

“Canadians and Americans know we are all better off when we work together to grow the middle class, and create more opportunities for people on both sides of the border,” Trudeau said in a statement. “I look forward to meeting with government and business leaders in the United States again to explore new opportunities for collaboration and growth, so we can build a more prosperous future for people in both countries.”

Trudeau’s U.S. itinerary includes delivering remarks at the Ronald Reagan Presidential Foundation and Institute in Simi Valley to underscore “the interconnectedness of the Canada-U.S. economies,” said a statement by the Prime Minister’s Office (PMO).

In San Francisco, he’s scheduled to meet with local business leaders and entrepreneurs to “explore opportunities for increased collaboration between our countries.”