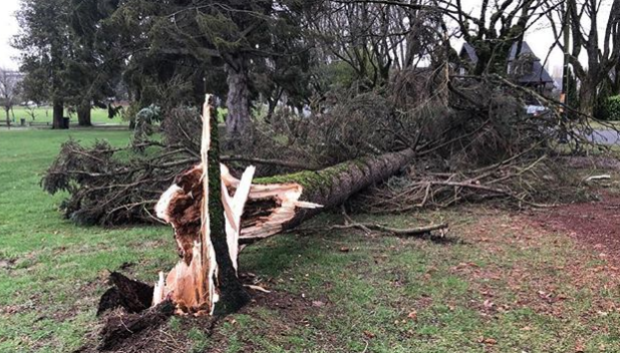 Windstorms left thousands of households without power over the weekend in south-eastern British Columbia, including Vancouver Island.

Jasmine Olson was stopped at a red light early Sunday morning when a powerful gust blew the traffic light down onto her car.

“At first I didn’t know what had happened, there was a big smash,” Olson told CBC News. 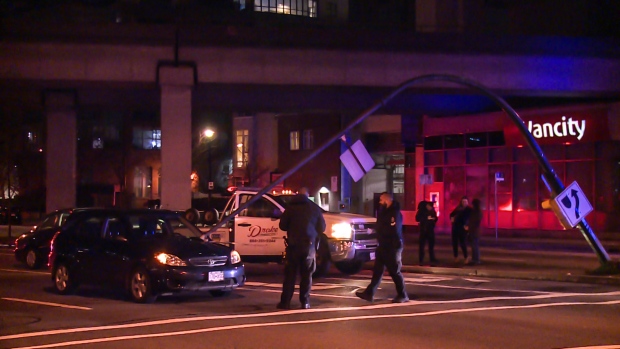 The driver of this car narrowly escaped after wind blew down the lamp post Saturday night.  (Gian-Paolo Mendoza/CBC)

“I feel lucky that I was parked a couple feet back, otherwise it would’ve gone straight into my windshield.”

Olson was not injured but she was rattled.

Environment Canada had issued warnings of winds up to 80 km/h with gusts up to 100 km/h on Vancouver Island.

B.C. Hydro was warning people to stay at least three metres back from any downed hydro wires.

Up to 50,000 customers were left without power at one point.

Crews are still at work restoring power to an estimated 3,000 customers today.

Remote regions of northern and southern Vancouver Island, as well as the Sunshine Coast, are the last areas to be reconnected to the grid.