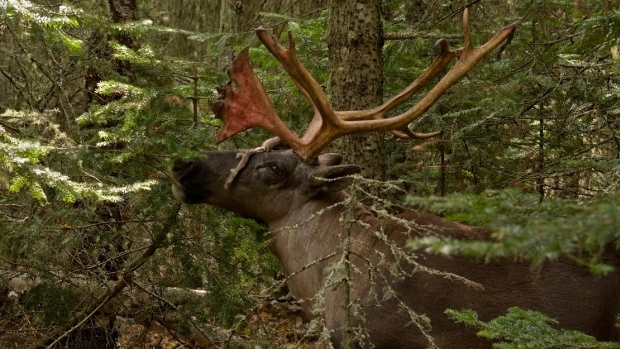 Degradation of caribou habitat is the main threat to the animals’ declining numbers. (Gary and Joannie McGuffin/WWF-Canada)

A U.S. environmental group is accusing the province of Ontario of enabling rampant logging in the habitat of its declining boreal caribou. The Natural Resources Defense Council says there was no meaningful consultation before Ontario proposed to extend logging industry exemptions to the province’s Endangered Species Act for two years.

These exemptions were originally passed in 2013 and were coming to an end. By extending them, the council says Ontario shows a willingness to allow logging companies to damage or destroy caribou habitat. Habitat degradation is a primary threat facing caribou whose numbers are declining almost everywhere across the country.

The exemptions are being considered at a time when the federal government has asked provinces to prepare plans to ensure no more than 35 per cent of each boreal caribou range is degraded. The council says Ontario missed its October deadline and instead “continues to move in the wrong direction.”