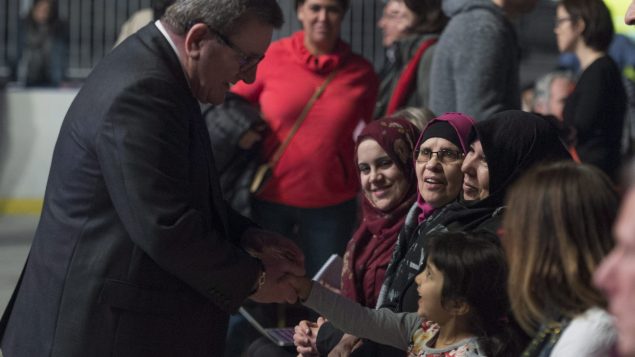 Ceremonies across Canada are being held to mark the day one year ago when a lone gunman walked into a Quebec City mosque and opened fire, killing six men and injuring 19. These are attended by people, officials and religious leaders of many faiths. 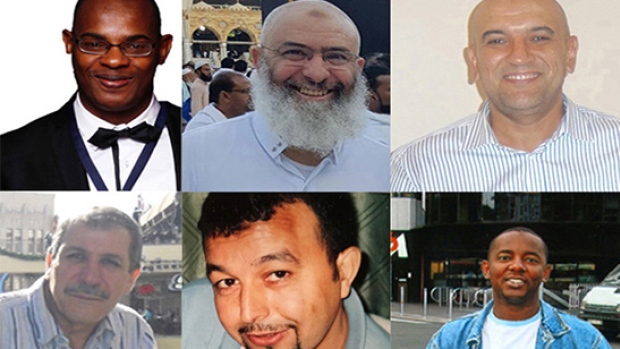 “Canadians are very well known to be very inclusive, very peaceful,” said Samer Majzoub, president of the Canadian Muslim Forum. “Sure they will have seen a lot of emotions, a lot of expression of sorrow and sadness and solidarity. We have seen this from across the country where we see vigils and commemorations almost in every major city in Canada.

“Parallel to this we have seen also, unfortunately, a bit of lack of political will from our political class to address the issue of Islamophobia and other bigotry in real terms of a serious approach.” 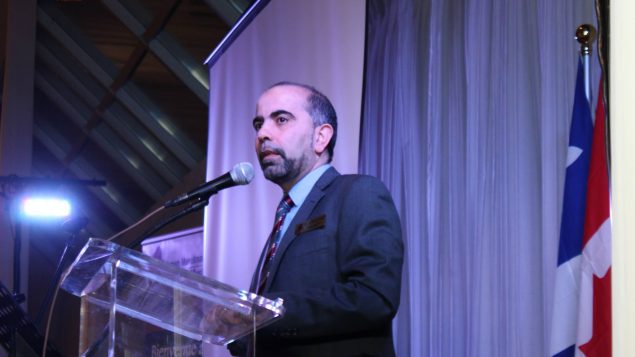 Samer Majzoub says there has been sorrow and solidarity in the year since the attack on a Quebec City mosque.

Several initiatives have proven discouraging to the Muslim community: In this year following the shootings, there has been bitter debate about a proposal to create a National Day against Islamophobia. Now, at least one man in the Muslim community says he would rather forget about it than live through the discord it has sown. There was a referendum that rejected a proposal to build a Muslim cemetery in a small community near Quebec City. The city itself intervened to ensure a piece of land was made available within city limits.

Then, there was a law passed by the government of the province of Quebec banning face coverings when a person receives or provides public services. These incidents are symptomatic of a deep cultural divide. The province of Quebec has been taking steps to entrench secularism because of an on-going rejection of the hold the Catholic religion had on many aspects of society before the 1960s.

But there are questions as to whether this is just a convenient excuse to repress the religious traditions of others and curry favour with voters who don’t like people who are different.

Many people have expressed support for the Muslim community and, in particular, for victims of the attack. For example, a fund has been set up to buy a house for one of the men who confronted the gunman on purpose to draw fire away from others. He now a paraplegic and is soon to be released from a rehabilitation centre. So far, over $300,000 has been contributed for a family home.

At the same time, haters have turned up the volume on social media and trash-radio. They represent a small but frightening minority.

And how is the Muslim community of Quebec City doing? “Still in the healing process that has been proven to be difficult and taking so much time,” said Majzoub. “(we are) still in shock mode to have six lives lost…leaving 17…(fatherless children) and six widows and others injured with a total disability… It is a heart broken by all means.” 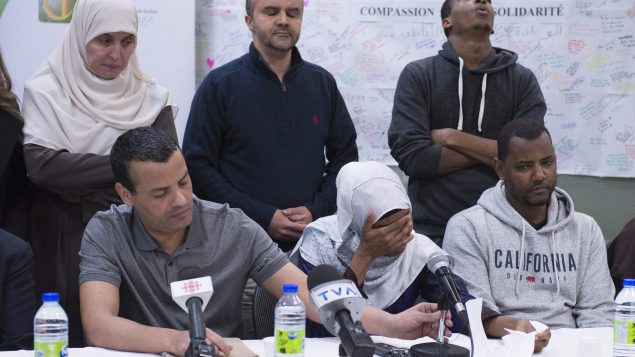 On January 27, 2018, Idiatou Barry, centre, burst into tears as she spoke about the attack that took her husband’s life one year ago. (Jacques Boissinot/The Canadian Press)

More ceremonies are scheduled for today including one in Quebec City that will be attended by Prime Minister Justin Trudeau. In the meantime, he issued this official statement:

“One year ago tonight, a senseless attack at the Centre culturel islamique de Québec in Ste-Foy claimed the lives of six worshippers and seriously injured nineteen more.

“On this solemn anniversary, I join Canadians across the country to remember and honour those who were taken from us too soon. Our thoughts are with the victims, their loved ones, and all those who still live with the pain and trauma caused by the attack. We also honour the first responders, whose courage and professionalism saved lives that night.

“This was a terrorist attack against all Canadians, meant to test our resolve and weaken our values. It failed. In the wake of the shooting, a solidarity movement formed across the country as Canadians united to condemn the attack and counter hatred with hope.

“A year later, our message has not changed: We are stronger together. No matter our faith or where we were born, we are equal members of this country. We will not let an act of intolerance divide us and make any Canadian feel less at home.

“The Government of Canada stands in solidarity with Canada’s Muslim community. We will continue to fight Islamophobia and take action against it and all other forms of hatred and discrimination, and defend the diversity that makes Canada strong.”