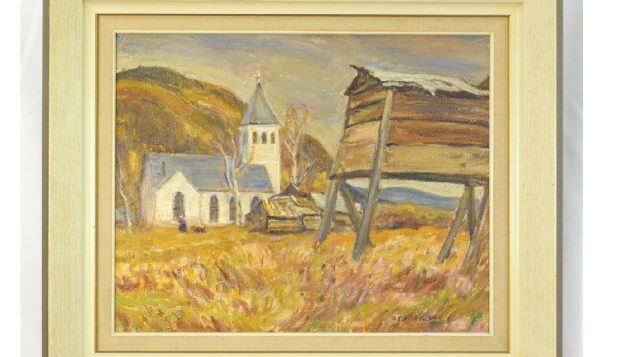 In recent years, Canadian art has begun to get world attention, and very rightly so.

Several of these works have been by one of Canada’s most iconic artistic associations, The Group of Seven.

Alexander Young Jackson, better known as A.Y. Jackson, was a prolific painter and one of the founders of the group which has had an enormous influence on Canadian art throughout the last century. 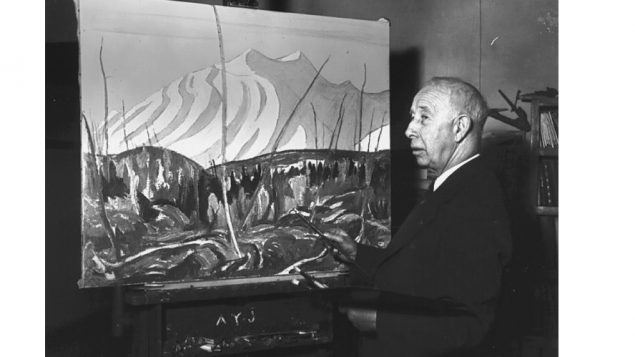 One of his works, “Moosehide, Yukon” is to be sold late next month by the auction firm Lunds Auctions and Appraisers, of Victoria, British Columbia.

Early estimates of sale price range between $15,000 to $30,000 for the piece which measures 41cm by 51 cm. which depicts a scene in the aboriginal village of Moosehide, a few kilometres downriver from the Yukon city of Dawson.

The painting was originally sold around 1965 likely for between $100-$500 dollars, and the auction includes an original letter to the buyer with the invoice. 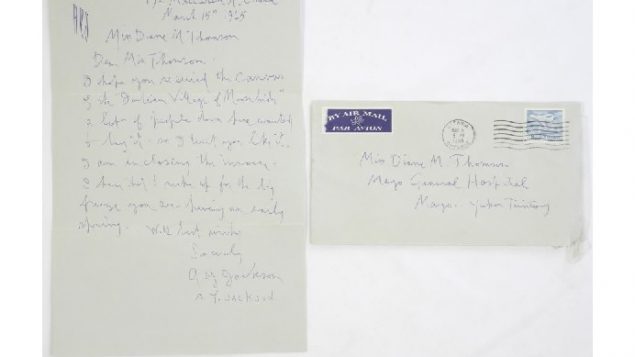 “Dear Miss Thomson, I hope you received the canvas of the “Indian village of Moosehide”. A lot of people here have wanted to buy it so I trust you like it. I am enclosing the invoice. PHOTO: Lunds Auctions

Jackson started work as a child in a lithography shop to help support his family and became interested in art. He later travelled to Europe to study, but enlisted in the army when war broke out.

Wounded, he was transferred to become a war artist and post war he met with other artists in Toronto and helped to create the Group of Seven.  He died in 1974 at age 91.

Several examples of paintings by AYJackson