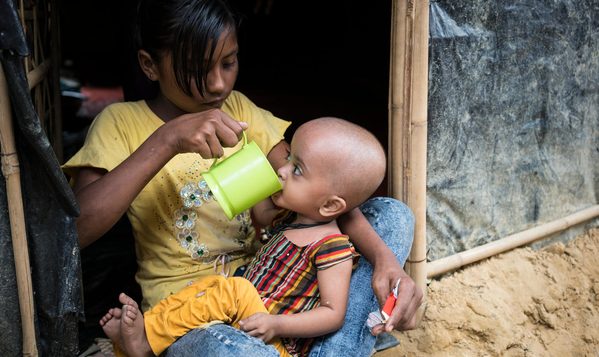 In November 2017 in Bangladesh, a severely malnourished Rohingya refugee sips water from a mug held by her 11-year-old sister. (Mackenzie Knowles-Coursin/UNICEF)

Children are not just innocent casualties of conflict, but increasingly they are deliberately targeted, says UNICEF. This United Nations agency devoted to helping children makes the point as it launches this year’s appeal for $3.5 billion US to help 48 million children in humanitarian emergencies around the world.

“So, in many ways, the reality of international humanitarian law which says none of those things should happen in warfare is being ignored by more and more parties to conflicts around the world.” 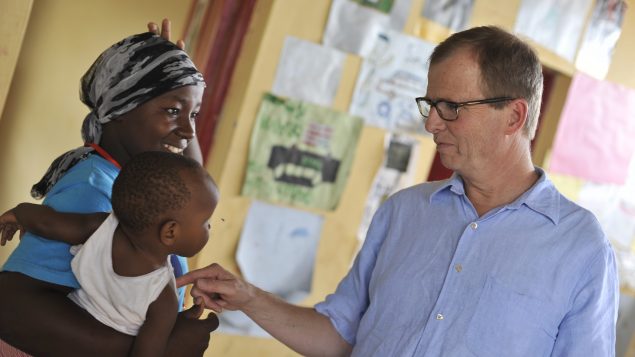 UNICEF’s David Morley says the atrocities against children contravene international law but also ‘anything that is moral and ethical’ in our world. (UNICEF Canada)

UNICEF seeks funding from governments, individuals, companies and other institutions to provide things like safe water, nutrition, education, health and protection for children in 51 countries.

Morley applauds Canada for pledging multi-year funding which helps aid agencies plan ahead. He also appreciates campaigns in which the Canadian government pledges to match contributions made by individuals. This helps involve people who, he says, can affect change.

“The public needs to become aware in countries around the world, that when these atrocities (involving children) happen, it’s breaking international law and I think we need to get the public realizing that the force of public opinion in many countries can start to change the way governments look at this. We can start to have more speaking out against these atrocities.”