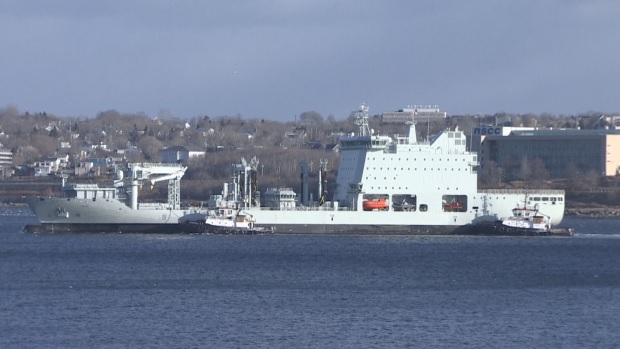 Canada's newest Naval supply vessel, the MV Asterix heading to the naval base in Halifax Dec 26, 2017. It was formally accepted into the RCN this week. PHOTO: Paul Palmeter/CBC

Canada gets a naval replenishment vessel of its own

Canadian Navy gets a supply ship

Some might say it was a bit embarrassing for Canada, a maritime nation with three huge coasts.

For the past three years the Royal Canadian Navy, has had no re-supply ships of its own and has had to fill the gap by renting ships from the Chilean and Spanish navies.

In 2014 and 2015, fires and ongoing electrical problems forced Canada’s two remaining supply ships back to port and decommissioning after some 45 years of service. 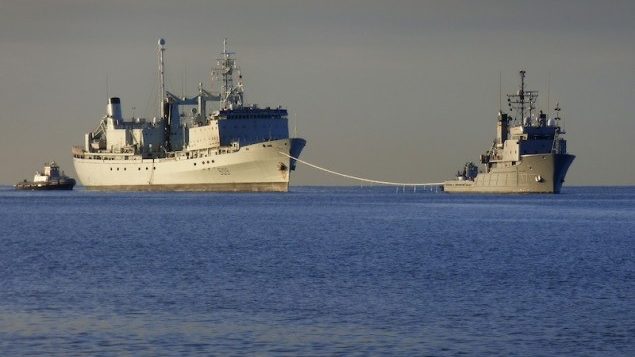 2014; Canada’s resupply ship HMCS Protecteur under tow by a US Navy tug after an engine fire near Hawaii. It would later be towed back to Canada’s west coast and decommissioned. PHOTO: US Navy

Now that gap has been at least partially resolved as the RCN has accepted a new supply ship, the MV Asterix.

As a stop gap-measure while actual naval supply vessels “Joint Support Ships” are being built, the previous Conservative government authorized the conversion and major overhaul of an existing commercial ship – the German-built MV Asterix to suit the navy’s need.

In an announcement this week the Department of Defence has officially accepted Asterix, after it underwent sea trials. 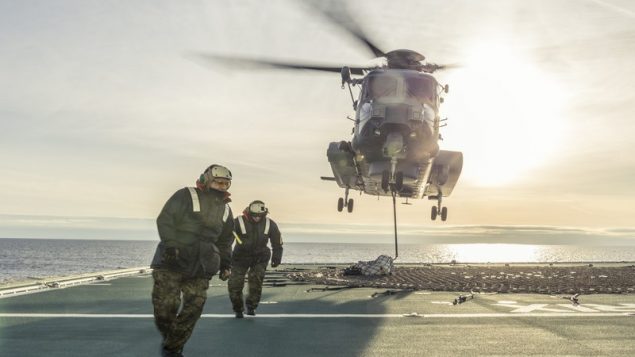 The Asterix was accepted after undergoing sea trials, including helicopter dispatch and recovery. PHOTO: CNW-Davie Shipbuilding

The ship will not be an official naval ship though. Instead, the companies that built it, will lease it to the military, and will also crew the ship, with RCN personnel to handle such tasks as refuelling naval ships at sea.

Although previously, Canada had two supply ships, one for the Pacific fleet, and one for Atlantic service, the current Trudeau government did not approve the shipyard offer to build a second supply ship. 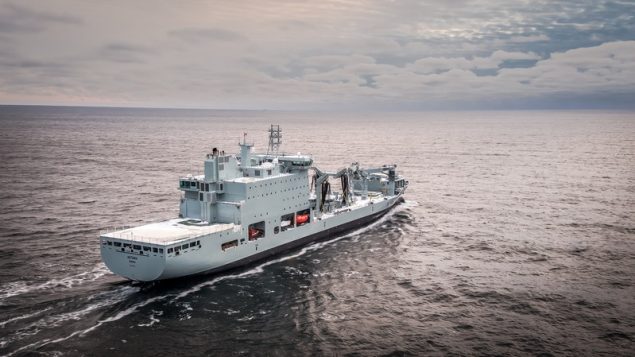 Some analysts have questioned the decision to limit the contract to just one supply ship, citing Canada’s national and international naval missions and the expected delivery date of 2021 and 2022 for the new Joint Support Ships, and the potential for delivery delays. Without that second contract however, Davie Shipbuilding has already laid off about 400 workers.