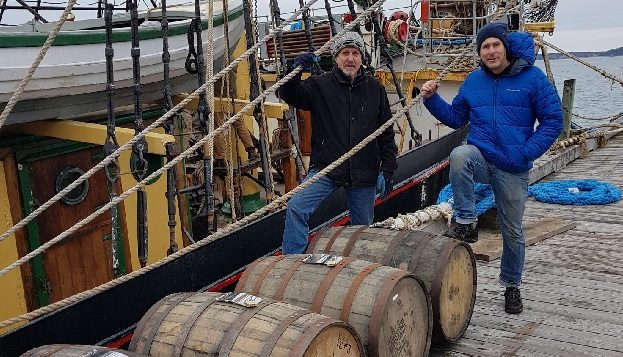 Canadian rum in four oak caskets of was loaded onto a tall ship to sail around the world and apparently taste better after. (Ironworks Distillery)

Rum will travel the world on tall ship

The Ironwork Distillery is drawing great attention to its “rare-edition rum” by putting it into four oak casks and loading it onto the tall ship Picton Castle for a round-the-world voyage. The distillery is situated in Lunenberg in the eastern province of Nova Scotia and on the shore of the Atlantic Ocean. 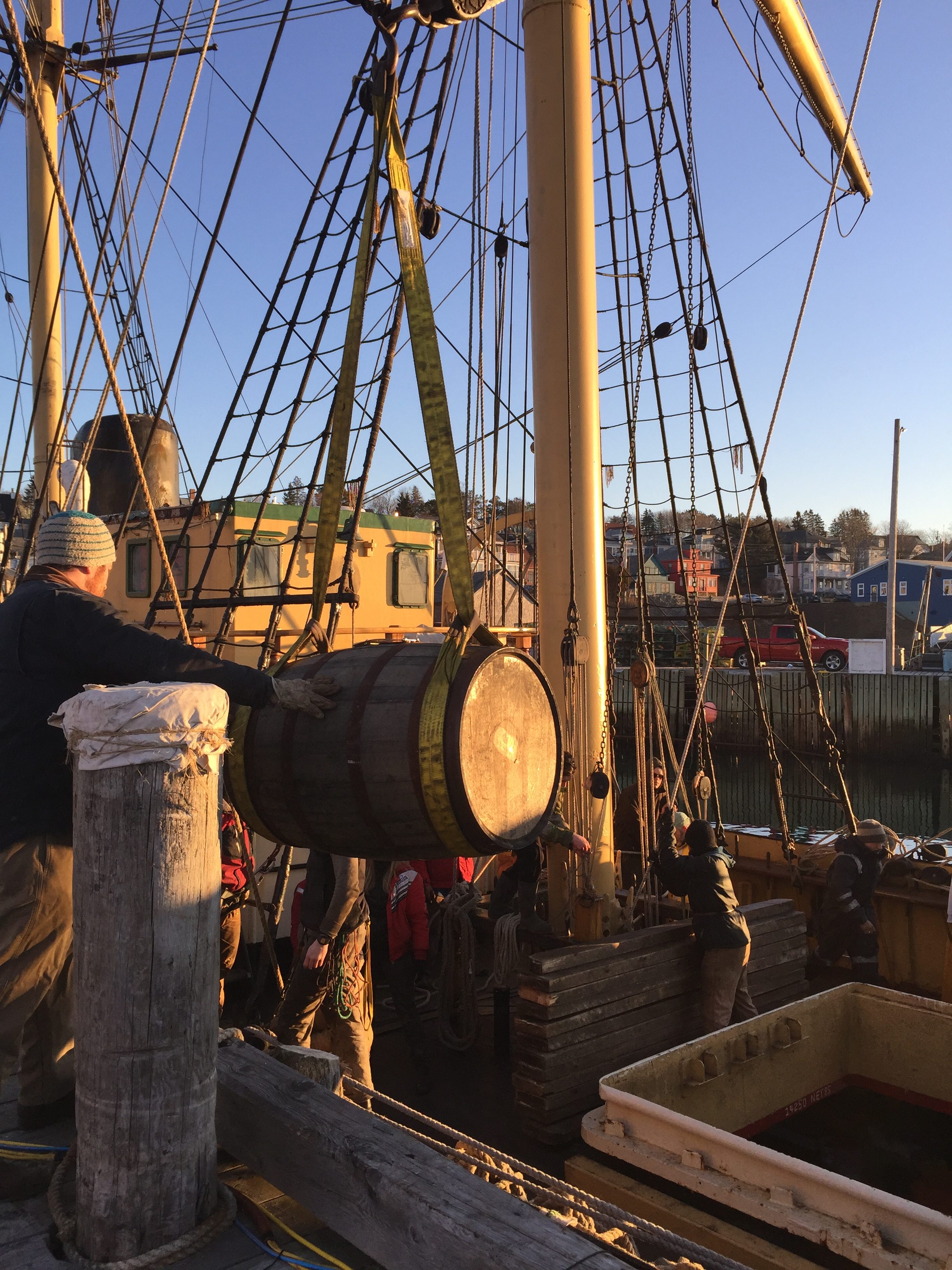 The rum barrels were loaded onto the Picton Castle on February 7, 2018. (Ironworks Distillery)

“We know that rum ages well in an oak barrel and if that barrel is riding the ocean, it will be even better,” said distillery co-owner Lynne MacKay in a news release. “The idea that our customers will be able to enjoy a Lunenburg-made Rum knowing it has sailed around the world on a Lunenburg-based Tall Ship is quite simply very cool.”

The scheme is said to be a one-off and, if all goes according to plan, the rum will return and be for sale in May 2019. The distillery encourages enthusiasts to follow the voyage online promising comments from the ship’s crew and the captain’s log will be posted. 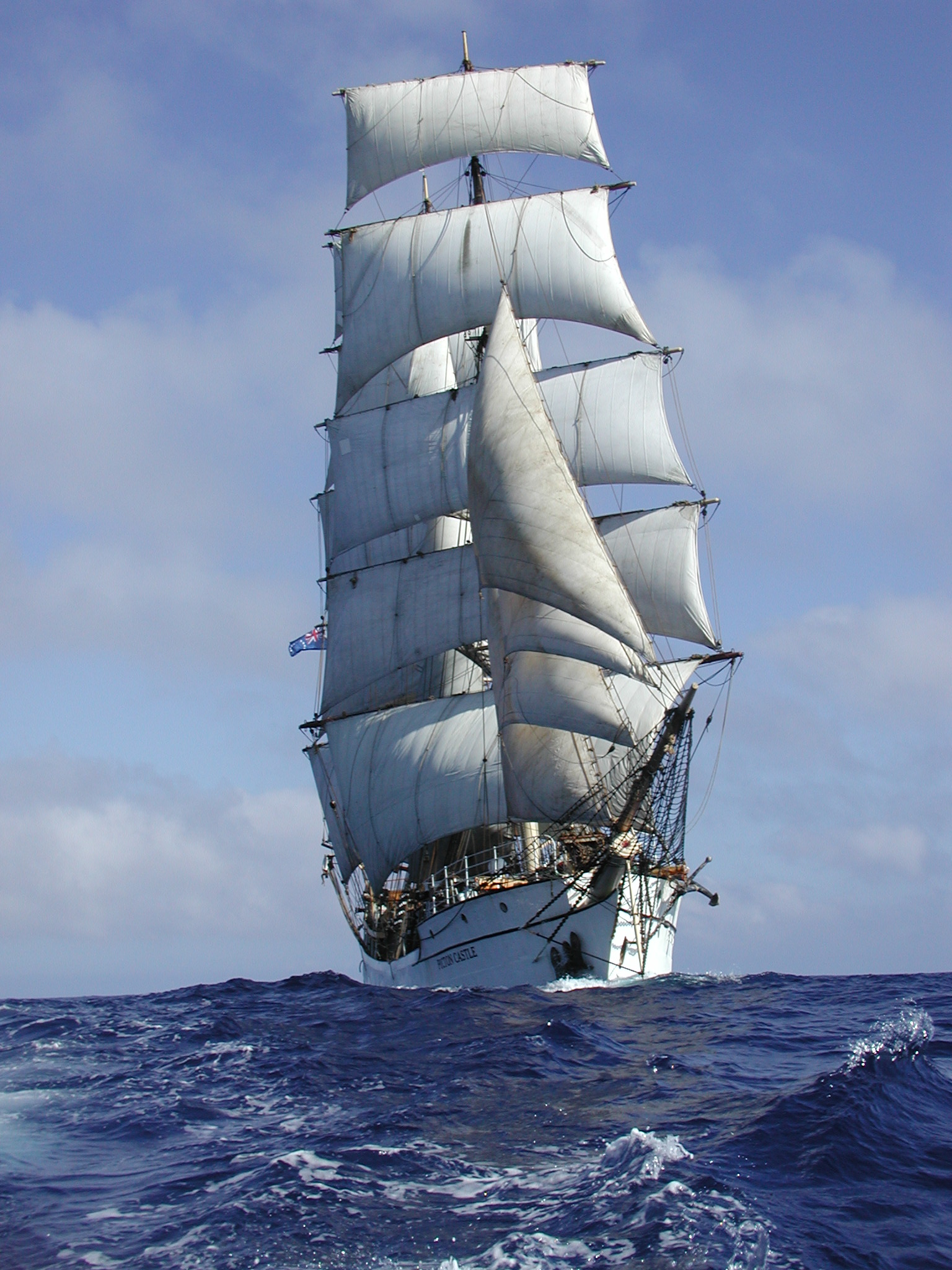