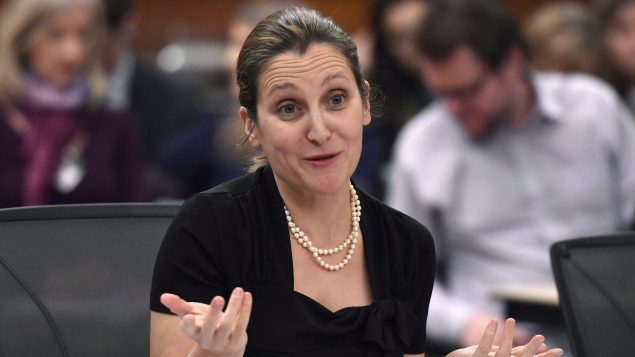 Minister of Foreign Affairs Chrystia Freeland speaks to MPs before appearing at a House of Commons Standing Committee on Foreign Affairs and International Development on Canada's foreign policy priorities and the status of the NAFTA modernization talks, on Parliament Hill in Ottawa on Thursday, Feb. 8, 2018. (Justin Tang/THE CANADIAN PRESS)

Canada to bring up North Korea, Venezuela and Ukraine at Munich Conference

Foreign Affairs Minister Chrystia Freeland has a long list of world crises she would like to discuss with her counterparts at the Munich Security Conference in Germany this weekend, according to Canadian officials.

The North Korean nuclear crisis, the situation in Venezuela, Russia’s annexation of Crimea and its continued support for pro-Russian rebels in eastern Ukraine are some of the issues Freeland will address in Munich as she mingles with hundreds of high-ranking diplomats, security and military officials at the summit, according to a press release by Global Affairs Canada. 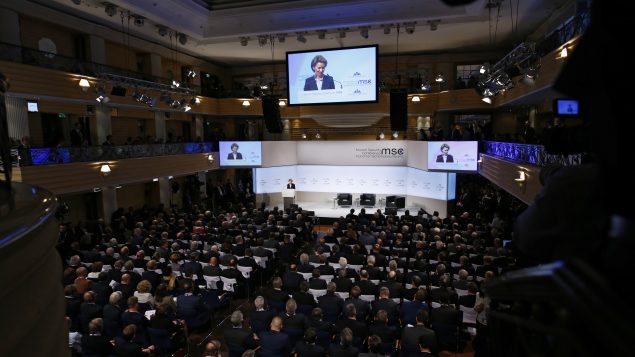 Freeland will also deliver remarks on Canada’s “unwavering commitment to supporting and strengthening an international rules-based order” and participate in a discussion on women and Africa, the press release said.

“The current international security environment is more complex and challenging than ever before, transcending borders and affecting us all,” Freeland said in a statement.

“Canada will continue to work with its international partners and allies to find durable solutions to major international crises, in keeping with Canada’s core values of respect for human rights, gender equality, the rule of law and protection of minorities.” 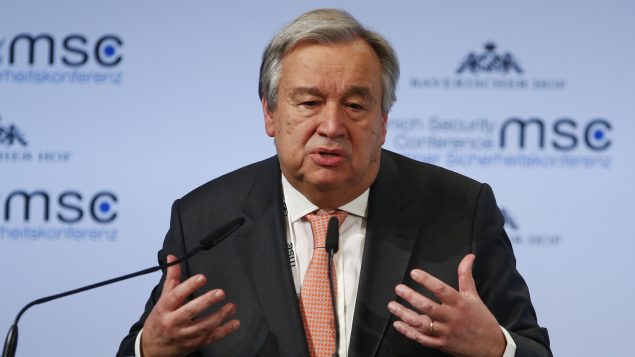 On the first day of the conference, which runs through to Sunday, U.N. Secretary General Antonio Guterres urged policymakers “not to miss the opportunity of a peaceful resolution” to the standoff over North Korea’s nuclear program, saying a military solution would have “catastrophic consequences.”

Guterres told the Munich Security Conference that the world faces the threat of a nuclear conflict for the first time since the end of the Cold War because of events surrounding North Korea’s nuclear ambitions, and stressed the need for global pressure for a diplomatic solution. 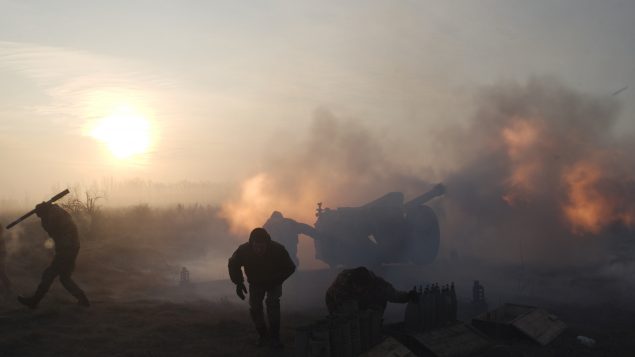 Ukrainian servicemen fire an artillery weapon in the direction of positions of the armed forces of the separatist self-proclaimed Donetsk People’s Republic near Novoluhanske in Donetsk region, Ukraine January 11, 2018. (Maksim Levin/REUTERS)

The war between Russia-backed separatists and government forces in eastern Ukraine also looms large in Munich.

Peace talks in the so-called Normandy Format, which includes Germany, France, Russia, and Ukraine, had been planned on the sidelines of the conference for Friday. But they were called off over what the German Foreign Ministry described as scheduling conflicts.

Ukrainian Foreign Minister Pavlo Klimkin and Lavrov held talks on the sidelines of the conference on Friday, though Klimkin said the two diplomats were unable to reach an agreement on a possible UN peacekeeping force in eastern Ukraine.

With files from The Associated Press, Reuters