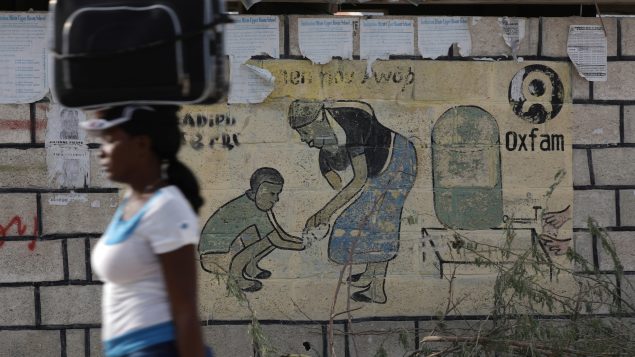 A woman walks carrying a suitcase on her head next to an Oxfam sign in Corail, a camp for displaced people of the 2010 earthquake, on the outskirts of Port-au-Prince, Haiti, February 13, 2018. (Andres Martinez Casares/REUTERS)

NGOs ‘need to do better’ to prevent staff sexual misconduct: Save the Children

Humanitarian organizations need to do a better job of sharing information with each other and the public in general to prevent sexual predators from joining these organizations and exploiting vulnerable people, says the head of one of Canada’s largest humanitarian agencies.

(click to listen to the interview with Bill Chambers)

His comments came in the wake of a major sexual misconduct and inappropriate behaviour scandal that has rocked Oxfam UK in recent days.

The scandal centres around allegations that Oxfam staff used prostitutes while working to help thousands of Haitians following an earthquake in 2010 which killed 200,000 and left more than a million people homeless. 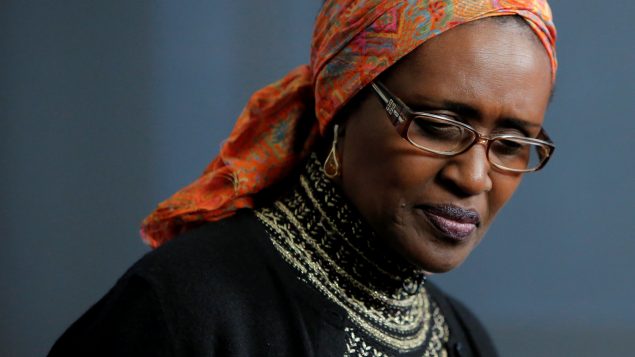 Winnie Byanyima, Oxfam’s executive director, outlined a new plan on Friday that includes a commission to look into allegations of past abuse, a new system of employee references and a tripling of funding allocated to the charity’s safeguarding department.

While each humanitarian agency has its own policies and procedures, that’s not enough to stem out abuse, Chambers said.

“While we have some very-very good policies and processes, some of the gaps happen between organizations and we need to fill those gaps,” Chambers said.

The first is to create a global centre of excellence to prevent sexual exploitation and have those experts available for rapid response when signs of those kinds of infringements surface in humanitarian circumstances, Chambers said.

The second is a humanitarian passport, a central registry of humanitarian workers that would include information such as mandatory criminal and background checks, including any information about reprimands and dismissals related to the exploitation of vulnerable people, he said.

And third, global policies and regulations need to be improved to make sure that aid agencies that do dismiss employees have to make public the reasons for those dismissals, Chambers said.

“For the most part, those would be benign – you know questions of competence or activity – but in the event of it not being benign, being a question of the rights of beneficiaries, we absolutely think that should be made public,” Chambers said. 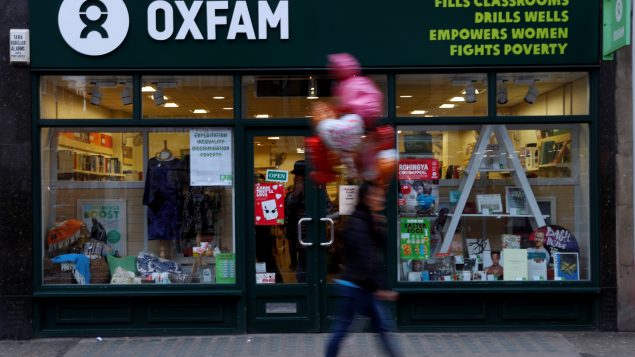 A pedestrian walks past a branch of Oxfam, in London, Britain February 12, 2018. (Peter Nicholls/REUTERS)

Humanitarian agencies need their culture to evolve to ensure that not only such policies exist but they’re aggressively pursued, Chambers said.

There also needs to be a more critical examination of the larger culture not just in the humanitarian sector but the society as whole, he said.

“This kind of activity that we’re talking about in Oxfam is really a function of abuse of male power,” Chambers said. “And our societies, all societies around the globe, need to do a better job of funding other ways of managing ourselves to ensure that power isn’t abused and that we have safe and healthy environments and leadership from all genders.”