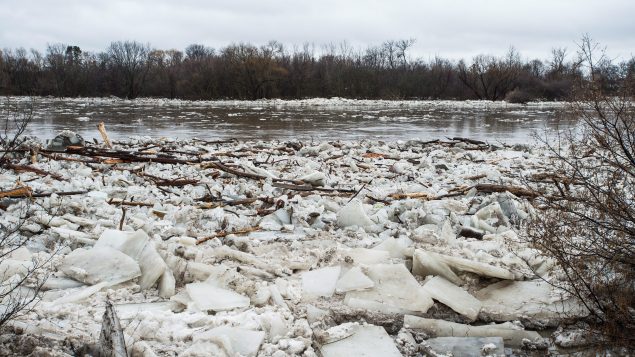 Ice is seen in the high waters of the Grand River in Brantford where residents were being evacuated due to flooding after an ice jam upstream sent a surge of water downstream on Wednesday, February 21, 2018. CP/Aaron Vincent Elkaim

Flooding on the Grand River near the city of Brantford, Ontario was the reason for an emergency evacuation today. 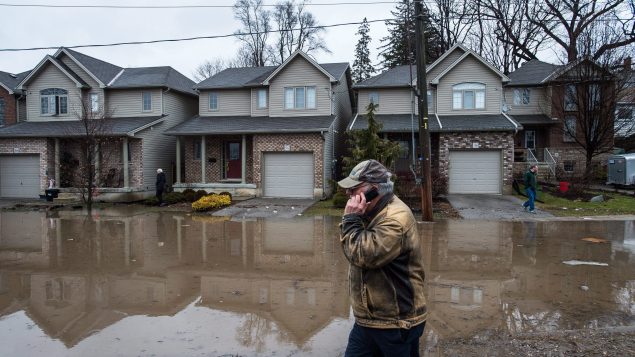 Mayor Chris Friel declared the state of emergency this morning and is imploring people to leave their homes, and to stay away from the river banks.

Fast-moving water and chunks of ice are swelling the banks and damaging bridges in the city of almost 100.000 residents.

Police are also requesting people keep their drones on the ground as the airspace is getting crowded and they’re interfering with the emergency response.