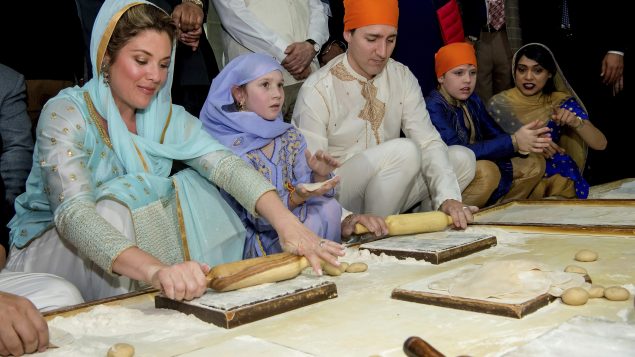 India is the new economic darling internationally and Prime Minister Justin Trudeau is on his first official visit to improve the bilateral relationship.

Professor Anita Singh is a Research Fellow with the Centre for the Study of Security and Development at Dalhousie University in Nova Scotia.

She says there`s a lot of rhetoric about why Canada and India are “natural friends and allies”; with shared values around democracy, multiculturalism and federalism for example, and over a million Indo-Canadians in the diaspora.

But Singh reminds people that the relationship for much of the last 45 years has been an “icy” one, and in more recent years, has become a complicated one.

“After 1974, when India did its first nuclear test relations were very, very cold for a very long time. It wasn’t until Prime Minister Chretien had gone in 1998 that there seemed to be a thawing.” she says.

And making progress in the relationship has been the ongoing challenge.

Once the recipient of aid and assistance from Canada, India is now what people are referring to as, China 2.0.

In 2011, former Conservative Prime Minister, Stephen Harper, had set a target of $15 billion in trade with the largest democracy in the world by 2015.

While trade did double, it has not yet reached the $10 billion mark, but opportunities abound.

Yesterday the headline from the Trudeau family’s eight-day visit, touted a billion dollars in new investment deals following a meeting in Mumbai with the Industrial Credit and Investment Corp. of India

In attendance were 550 business representatives, including some from the majors like Tata Sons, Infosys, and the Mahindra Group of Companies.

$250 million of Indian money will be invested in Canada in sectors such as IT, pulp mills and pharmaceuticals. This is forecast to generate 5,800 new jobs here. 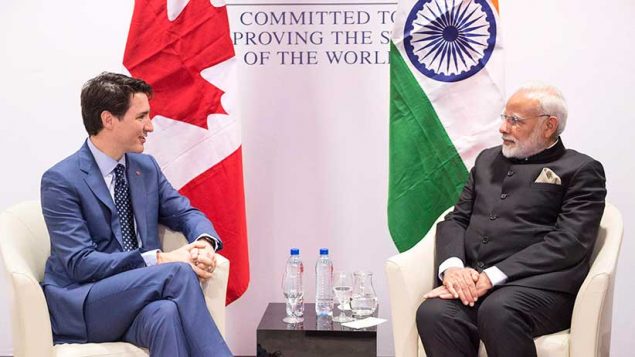 And $750 million from Canadian businesses committed to investing in India.

Education is a massive opportunity for Canada. Already international student enrolment in Canadian universities has doubled from India, since Trump was elected in the United States.

What`s known as India’s “demographic dividend” is at the root of this.

A population of 1.25 billion and half of it under 25, is in need of the educational services and infrastructure investment Canada can provide.

Professor Singh notes that Toronto’s York University, Shulich School of Business, has opened a campus in India, and the heads of the U10, (the top 10 universities in Canada) have toured the country to see for themselves where the opportunities may be.

But on this visit, Justin Trudeau is navigating the diplomatic challenges the Sikh Separatist Movement represents.

Trudeau maintains those Sikhs in Canada who may support the cause have a right to free expression, however, given the violent history of the movement in India, and the current tensions within the country, it is no surprise Prime Minister Modi was not on the welcome mat as the Trudeau delegation arrived last Saturday.

Added to this, against a backdrop of stalled trade talks, India recently imposed a 50 per cent tariff on field peas, and 30 per cent on other pulses, a major blow to the Canadian prairie farmers and the billion dollar crops they grow.

There will be a lot to talk about when the two Prime Ministers finally meet tomorrow.