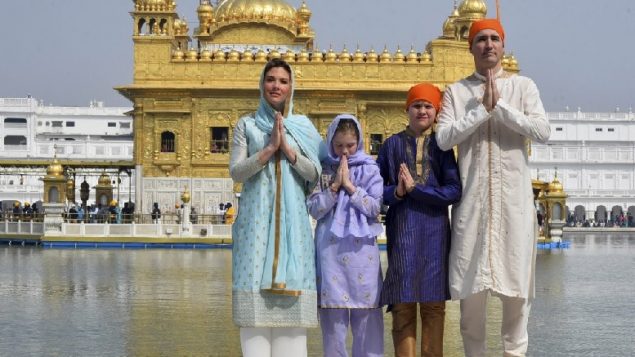 The Prime Minister is facing rather harsh criticism for his choice of wearing a variety of so-called "traditional" festive clothing on his India trip. PHOTO; Govt of Punjab- AP

Canada’s Prime Minister, Justin Trudeau and his family are on a government sponsored trip to India.

He was already facing some criticism back-home for the very light business side of the trip which has been seen by many as a taxpayer funded family vacation. 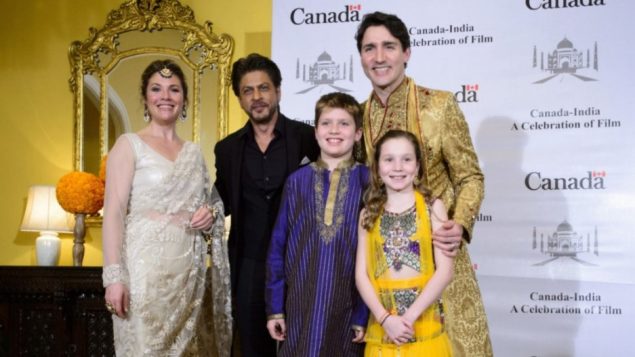 Then there was the barely avoided gaffe of meeting and then inviting to dinner a Sikh businessman convicted of attempted assassination on an Indian official, an invitation hastily cancelled, but not before people were asking questions.

But as the trip continued, it was the continual change of “traditional” Indian clothing that started to get people wondering.

Many thought the dressing up in costume was a bit beyond the pale, and even Indians were starting to tweet things like “we don’t really dress like that, not even Bollywood stars”.

Back home and even elsewhere, the costumes were starting to invite smiles, and as the many costume changes continued from venue to venue, the comments started to get a little harsher, both at home, and from Indians themselves. Papers around the world have generally been rather critical of the Prime Minister and his garb, one describing the wearing of such lavish clothes as “reverse colonialism”