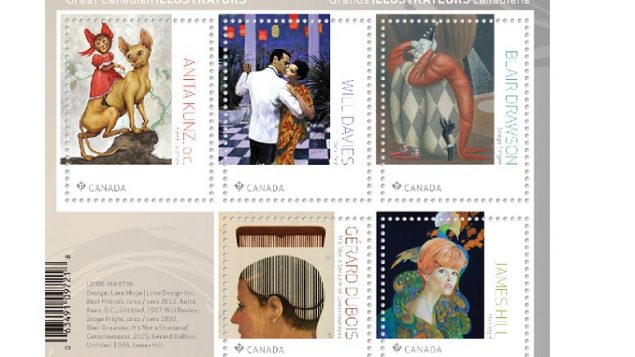 Five Canadian illustrators are featured on a new series of postage stamps released this week by Canada Post.

The world of great Canadian commercial art and illustration is being celebrated by Canada Post in a colourful new release of postage stamps.

Will Davies (1924-2016) was a legend in the world of Canadian commercial art. His work combined a passion for beauty and the human form with uncanny technical skill. His ability and love of his craft are captured in this glamorous lifestyle portrait from one of the many romance novels he illustrated. (IMAGE- Untitled- 1987) 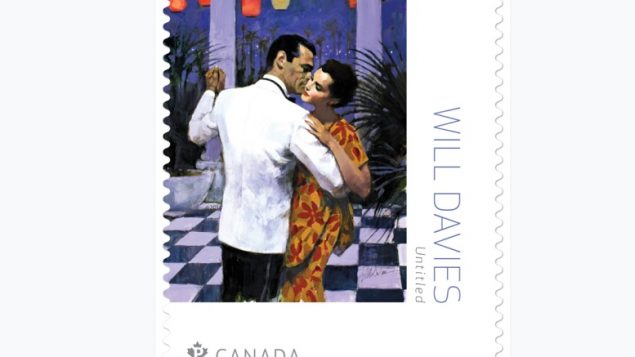 Blair Drawson was an illustrator for many of North America’s most notable magazines before he decided to focus on writing and illustrating books – including nearly a dozen of his own – as well as painting and teaching courses in his craft. (IMAGE- Stage Fright circa 1990) 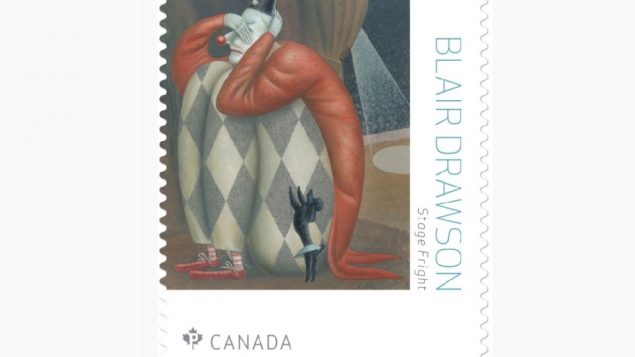 Gérard DuBois has not looked back since relocating from France to Montréal to become a freelance illustrator. His expanding body of work ranges from book and magazine illustrations to commercial projects and exhibitions of his paintings. (IMAGE- It’s not a stream of conciousness 2015) 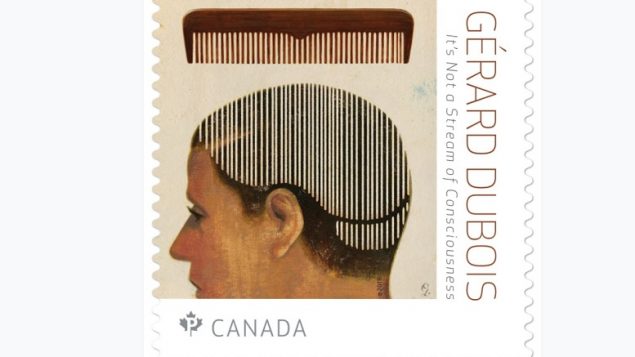 James Hill (1930-2004) was one of the most sought-after illustrators in North America from the 1950s to 1970s. A prolific artist who appeared in major publications, galleries, and ad campaigns, he focused the last 25 years of his life on fine arts, wilderness landscapes and portraits.(IMAGE- Untitled 1955) 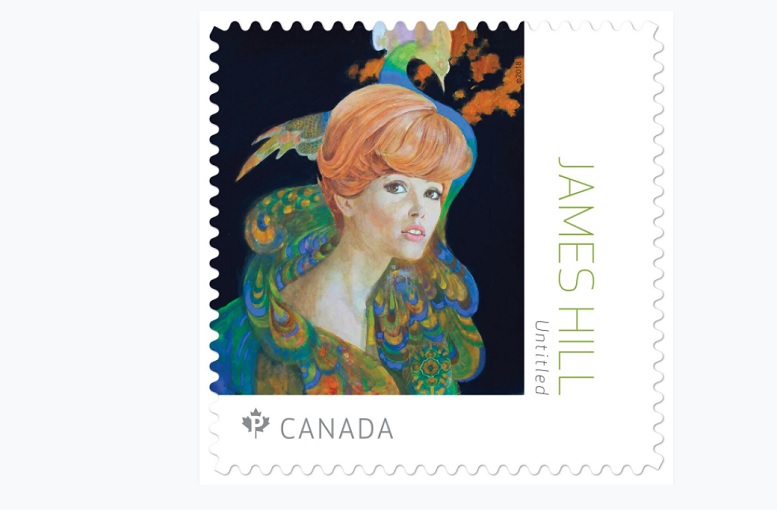 Anita Kunz is one of the most iconic illustrators of our time, known for her bold and irreverent illustrations and provocative portraits of famous figures. Internationally acclaimed, she is a popular speaker and has been published and exhibited in many countries. (IMAGE= Best Friends circa 2012) 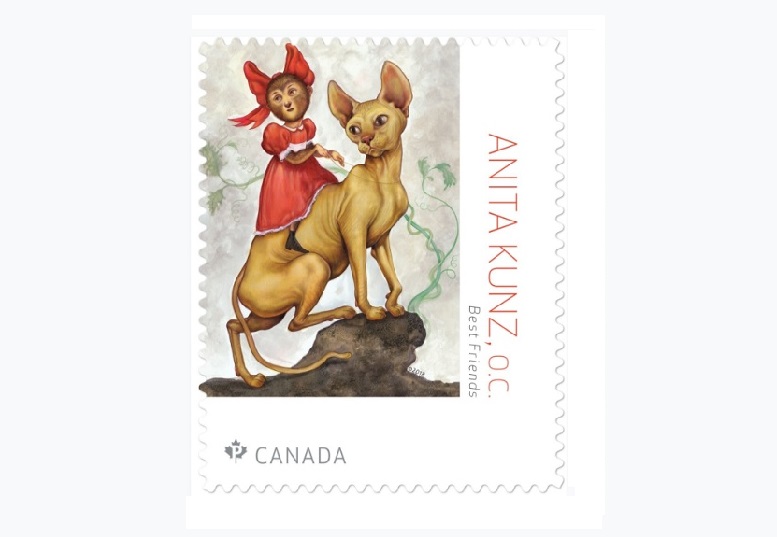