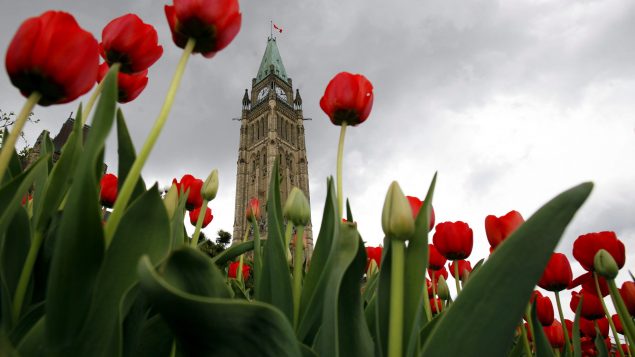 Tulips bloom on Parliament Hill in Ottawa on May 1, 2009, the first day of the Canadian Tulip Festival that year. Ottawa was gifted 100,000 tulip bulbs in 1945 from Princess Juliana of the Netherlands in appreciation for the help Canada gave in liberating the Netherlands during WWII. (Sean Kilpatrick/CP)

Tulips will be blooming in all their glory in Canada’s capital city, Ottawa, beginning next week.

The annual Canadian Tulip Festival begins Friday May 11, 2018, and the weather is cooperating, now. 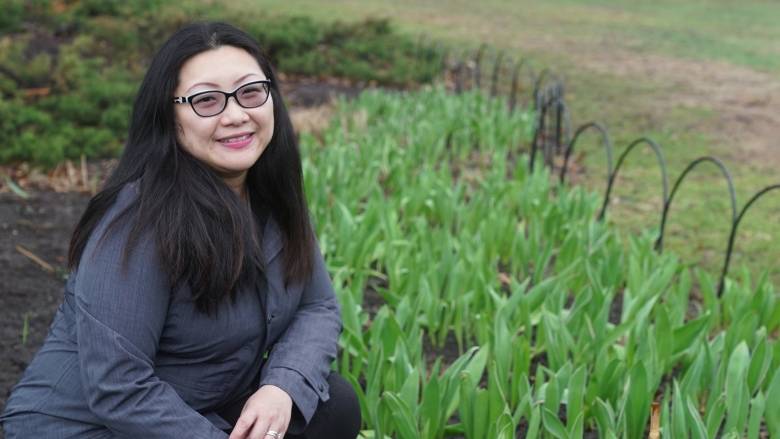 Tulips under the care of Tina Liu, the NCC landscape architect in Ottawa. (Matthew Kupfer/CBC)

Following a very late spring in eastern Canada, there was concern that the tulips would be affected.

Tina Liu is the landscape architect in charge of the tulips for the National Capital Commission.

“Visitors from China, Germany or the United States”

She told CBC Ottawa that the cooler and wetter conditions during April were the right combination after the late winter weather.

“In March, I was a little bit nervous because of the warmer weather, but it’s actually nice that in April, we got a little cool down period,” she said.

Fortunately the temperatures did not cool down enough to affect the bulbs, and the tulips should be just ready to open when the festival begins, Liu said,

Henry Storgaard has been busy with phone calls and e-mails, as the chair of the Canadian Tulip Festival.

“Everybody’s looking at their garden and they’re analyzing where the tulips are in terms of budding, so we are getting a lot of inquiries,” he said.

Jantine Van Kregten, spokesperson for Ottawa Tourism, has been fielding calls as well, but hers are from last-minute trip planners, as visitors from China, Germany or the United States have already reserved their stays.

It’s people coming from Toronto and Montreal that have the luxury of making plans now.

Nearly a million flowers are planted from varieties coordinated to bloom in the beginning, middle and end of the season to guarantee a progression of colour during the festival, Tina Liu said.

The festival will run until the Victoria Day holiday, May 21, 2018.