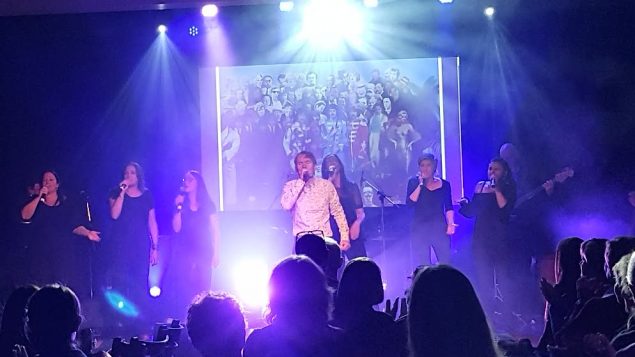 Philip Harrison at the centre of the show he called ''The Magical History Show of Philip Harrison', celebrating his great life in Canada and his enduring love of music.(C. Kilkenny)

Philip Harrison celebrates with a little help from his friends

Philip Harrison left England and first arrived in Canada in the summer of 1967, in Montreal, when all the world was coming to visit Expo’ 67.

The experience left an impression on him, and eventually, in 1976 he emigrated.

He has lived and worked in Montreal and Toronto, and at one point commuted weekly between the two cities.

Now, all these years later, grateful for the prosperity and opportunities he enjoyed in a career in the pharmaceutical industry, Philip Harrison decided to explore the road not taken.

On an evening in early April, he shared the result in a show for his family, friends and neighbours.

I’m one of those neighbours, who joined in with the rest of the audience, singing along with several songs that formed the soundtrack to many lives in the 1950’s, 60’s, seventies and beyond.

“It’s fifty years since I set foot on Canadian soil.”

Philip Harrison had always liked pop music. “I’ve always sung around the house”, he says.  And he whistles when doing the work outside around the garden.

“When I was young, probably at school, I had a fantasy, or an idea about actually being a pop singer, but I had a fairly strict father and the idea of me being something as radical as a pop singer just wasn’t in the cards, so I became a pharmacist instead.” 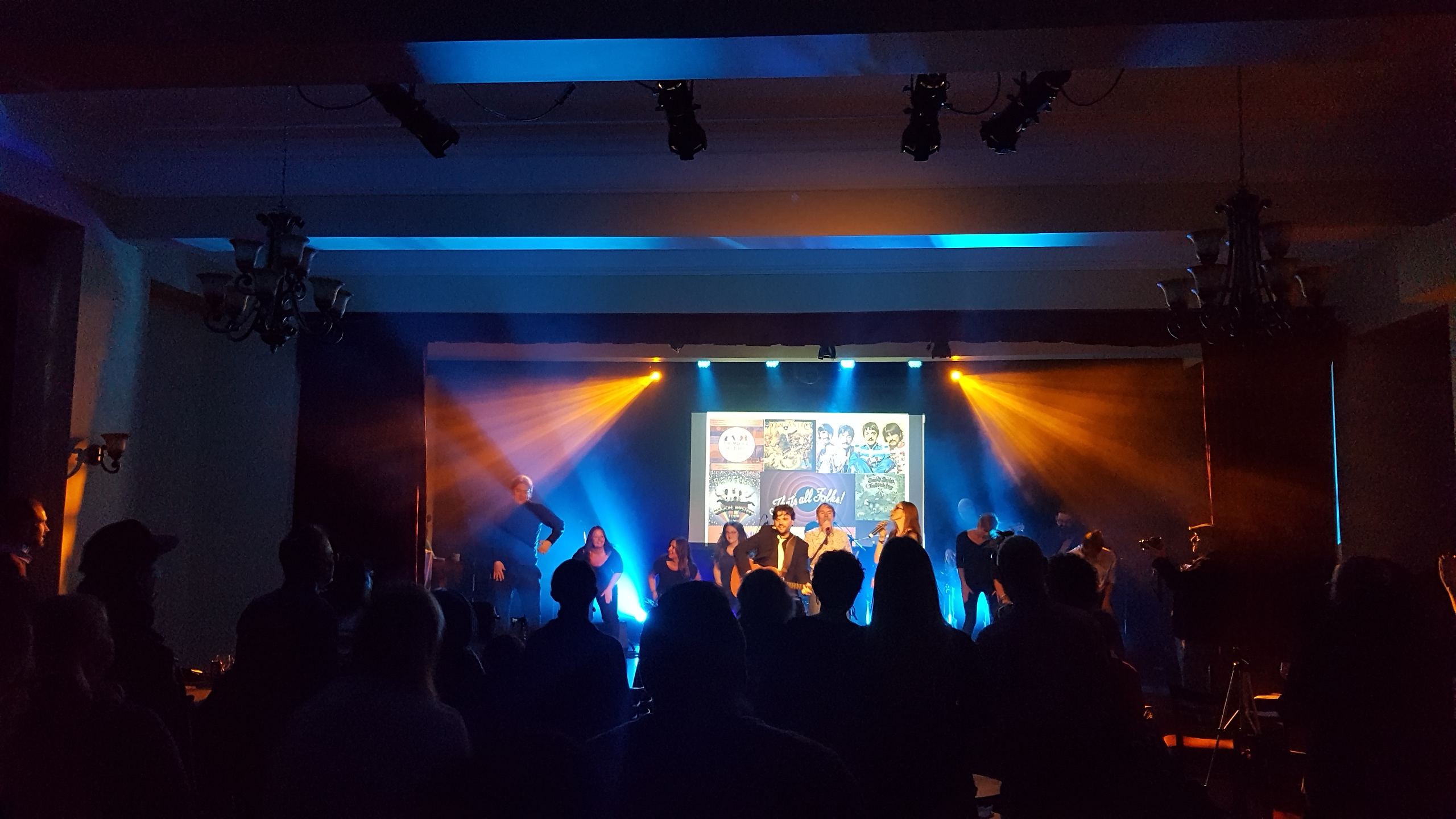 Philip Harrison, and friends, bring the audience to their feet in ‘The Magical History Show’ at the Rialto Hall in Montreal. (C. Kilkenny)

It was after that graduation that he first came to Canada, among several other adventures. For this recent musical debut, he did have a little help from his friends.

“Two things happened” he explained during a telephone interview today. “One is that it was the 50th anniversary of various things, including the release of “Sgt. Pepper” and because I belong to another choir, I stumbled across two people who could actually put it together.”

Philip is keen to share the credit for the evening with his Anima Musica soulmates. “They’re clearly the ones with the talent; Francis (Guerard) with the musical talent, and AnnSophie (Hoffmann) with the song-coaching and organisational ability.” he says.

The venue was a storied little theatre within the magnificent Rialto Theatre, one of Montreal’s only remaining cinema palaces from the glory days of film, which first opened in 1924.

Philip is candid about the early days in Canada and missing the life back home. “I missed the pubs, I missed the newspapers”, he recalls, but it didn’t last long.

He met his life partner, Marie-Claire Skrutkowska, and now their son Julian has returned to England following a great education in Canada, and has found his passion in the new ecological and sustainable farming movement.

Like many immigrants, Philip still has a foothold in both places, but his heart, perhaps, has become a little more Canadian. “My life is here, as I said at the concert, it’s a fantastic country, and I’m very pleased I came, and very pleased to be here.”

Philip Harrison is focusing now on sharing his good fortune. He has established a foundation to sponsor pharmacy undergraduates from sub-Saharan Africa, and perhaps inspired by his son, and maybe with a little help from him too, he is planting a medicinal garden in his home in the U,K.

As for his singing, the next opportunity to enjoy his talents will be at Anima Musica’s annual spring concert.

On the evening of May 26th, the choir will be treating us to an evening of much-loved Opera Choruses, from Verdi, Wagner, Puccini, Borodine and Mascagni.

The audience is sure to be singing along once again.