The Suncor mine facility along the Athabasca river as seen from a helicopter tour of the oil sands near Fort McMurray, Alberta, July 10, 2012. (CP/Jeff McIntosh)

Oil rose over the $70 USD threshold for the first time since the price was falling in 2014.

The price of the North American oil benchmark, West Texas Intermediate, rose 85 cents today, as a result of global tensions that could bring about another price spike. 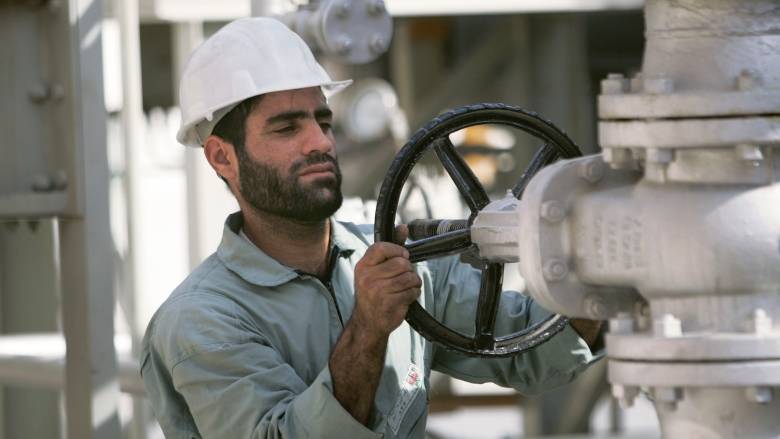 Oil worker on the job in the South Pars oil field on Iran’s Persian Gulf coast. The U.S. president is once again threatening to slap sanctions on the country’s oil exports. (Morteza Nikoubazl/Reuters)

During the summer of 2017 oil prices bottomed out in the $40 range, but with the economy of Venezuela in a tailspin, and oil production less than half of what it was in 2007, the global market is tightening.

Now analysts are watching to see what happens tomorrow when U.S. President Donald Trump makes his announcement concerning Iran and the Obama administration’s deal on nuclear development, and whether or not he will follow through on his threats and re-impose sanctions.

Meanwhile in Calgary, and the rest of Canada’s oil-rich province of Alberta, the rising prices may be good news although it is too early to see what it means for the industry and its many currently unemployed workers.