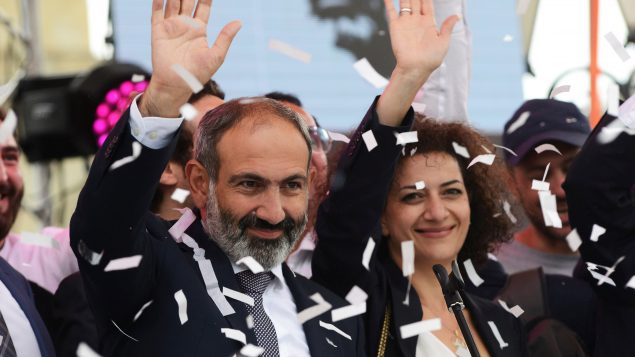 There aren’t many things that Canada’s Foreign Affairs Minister Chrystia Freeland and Russian President Vladimir Putin seem to agree on but Armenia’s Velvet Revolution appears to be one of them.

Hours after Armenia’s opposition leader Nikol Pashinyan was elected prime minister on Tuesday, capping a peaceful revolution in the ex-Soviet republic, Freeland joined a chorus of international leaders, including Putin, who extended their congratulations to the charismatic former journalist.

“Congratulations to Nikol Pashinyan on his election as #Armenia’s new Prime Minister & to the people of Armenia on the peaceful transition of power,” Freeland tweeted on her personal account, amid crucial negotiations on the North American Free Trade Agreement. “We hope PM Pashinyan will strengthen democratic values & continue close collaboration with Canada.”

The Kremlin said Putin was among the first foreign leaders to send Pashinyan a congratulatory telegram.

“I hope your activities as head of the government will help further strengthen the ties of friendship and alliance between our countries,” Putin said in the message.

But Armenia is also the only member of the Russian-led Eurasian Economic Union that has signed a Comprehensive and Enhanced Partnership Agreement (CEPA) with the European Union.

And in October Armenia will host the 17th La Francophonie Summit, including a high-level delegation from Canada.

Pashinyan has maintained that Armenia’s Velvet Revolution is a purely internal struggle for democracy that has no ramifications for the country’s geopolitical orientation and has vowed to strengthen Armenia’s ties with all its partners. 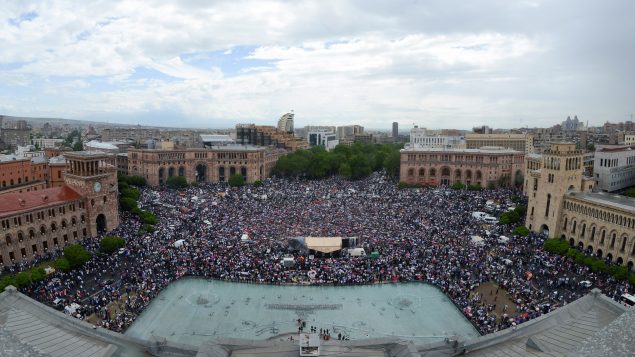 Tuesday’s unprecedented vote in Armenian parliament where the former ruling party all but capitulated in the face of peaceful mass protests, triggered joyful celebration on the streets of Armenia’s capital Yerevan and across Armenian Diaspora communities, including in Canada.

“It’s an incredible moment and it’s a historical moment for Armenia but also for Armenians around the world,” said Canadian Armenian actress and activist Arsinée Khanjian.

(click to listen to the full interview with Arsinée Khanjian)

“It’s a phenomenal feeling,” said Edgar Manukyan, a Canadian Armenian member of Pashinyan’s inner circle. “I’m just in a phenomenal spirit now, I was talking to my friends and we’re organizing a big party. Armenia has never seen anything like this in its history.”

The election of Pashinyan, a former newspaper editor who spent time in prison for fomenting unrest, marks a dramatic rupture with the cadre of rulers who have run Armenia since the late 1990s.

“I think it’s a moment of celebration and a most beautiful example of how through people’s voice democracy can be reclaimed in a history of a country where for 27 years since independence democratic values had diminished to the point of becoming completely inexistent,” said Khanjian, who returned from Armenia only days ago.

Khanjian, her husband, Canadian film director Atom Egoyan, and U.S. rock star, System of a Down lead singer Serj Tankian were among a handful of well-known Diaspora Armenians who answered Pashinayn’s call to lend their support to the rapidly growing pro-democracy movement.

Speaking on the phone from her home in Toronto, Khanjian said despite her initial reservations she felt compelled to heed Pashinyan’s call and travelled to Armenia to join the growing protest movement. 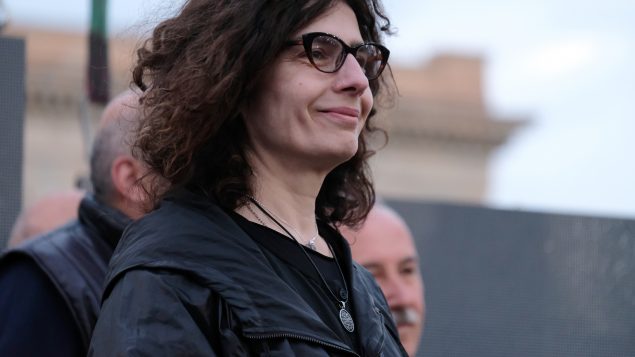 Khanjian said she was performing in Germany when the youthful protest movement led by Pashinyan took everyone by surprise by scoring its first major victory, forcing the resignation of Armenia’s long-time leader Serzh Sargsyan.

Pashinyan then pressured the ruling Republican Party, which has a majority in parliament and was technically entitled to name another candidate to the post of prime minister, to abandon attempts to block his election to the country’s most powerful post.

Pashinyan argued that the Republican Party could no longer be allowed to run another fraudulent election in Armenia.

Inside look at a revolution

As soon as her contract in Germany was over, Khanjian said she bought a ticket to Armenia and found herself in the thick of the action.

Khanjian spent a week travelling Armenia with Pashinyan and got a privileged look into the inner workings of the revolution as the energetic opposition leader, dressed in his signature camouflage T-shirt and baseball cap, moved from town to town speaking with people, listening to their concerns and growing his snowballing movement with every stop. 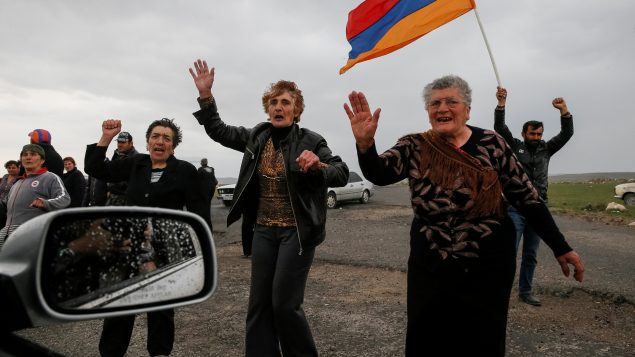 Khanjian said she was impressed by Pashinyan’s ability to multitask, to interact with people and to manage the incredibly intense and emotionally charged environment around him.

Pashinyan was welcomed everywhere they went with people offering them food and the traditional welcome with a piece of bread and salt, she said.

“He talked to every man, every woman, every young person, he didn’t spare himself,” Khanjian said. “It’s inconceivable to imagine that someone can be that accessible. He had absolutely no bodyguards, he would just go out in this very courageous way to greet the people who had something to tell him and he listened to everyone in this most attentive way.”

People also hang on to his every word and every directive as he led a campaign of peaceful civil disobedience, she said.

“I have never seen anything like that,” Khanjian said.

“This Velvet Revolution, which I call ‘The Revolution of Smiles’ because people were carrying out everything in this most incredible, beautiful smile in their gases, I’ve never seen Armenian people so many of them smiling at once.” 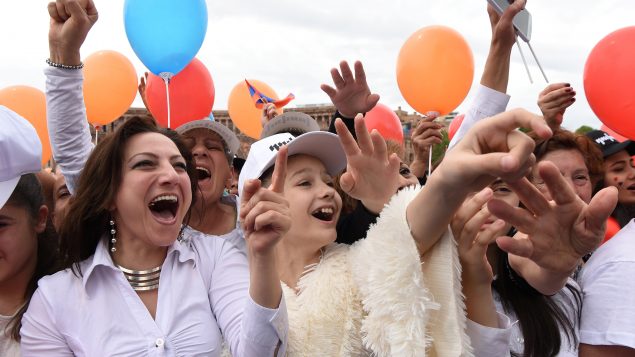 On Tuesday, the streets of Yerevan were full of smiles again.

Minutes after parliament voted to make him prime minister, Pashinyan, now a wearing suit and tie but still sporting his salt-and-pepper beard he grew during the protest march, traveled to Yerevan’s central republic square, where tens of thousands of cheering supporters, many wearing T-shirts bearing his portrait, waited to greet him.

However, even more crucial for the success of democracy in Armenia is the fact the majority of the country’s active population now believes in its own power to change things, Manukyan said.

“They started believing that yes they can change and they can build a better state than before, a truly different state, something that everyone is dreaming about,” Manukyan said.