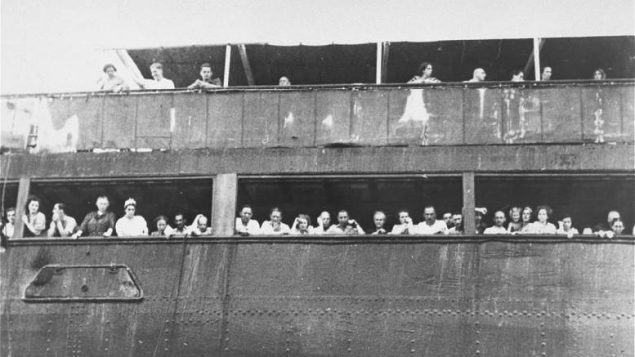 Jewish refugees aboard the MS St. Louis who had been refused permission to land, attempt to communicate with friends and relatives in Cuba, who were permitted to approach the docked vessel in small boats, June 3, 1939. Photo: United States Holocaust Memorial Museum/National Archives and Records

Prime Minister to apologise for 1939 decision turning away Jews

Canada’s Prime Minister announced this week that he will be making another formal apology in the House of Commons.

This time it will be a decision in June of 1939 when it refused landing to a ship carrying hundreds of Jewish passengers fleeing Nazi Germany.

Yesterday at a Jewish fundraising event, Justin Trudeau announced that he would make the apology for the “shameful chapter of our history”.  No date for the official apology has yet been announced

“It will not bring back those who perished or repair the lives shattered by tragedy. But it is our hope that this long overdue apology will bring awareness to our failings, as we vow to never let history repeat itself.” PM J Trudeau 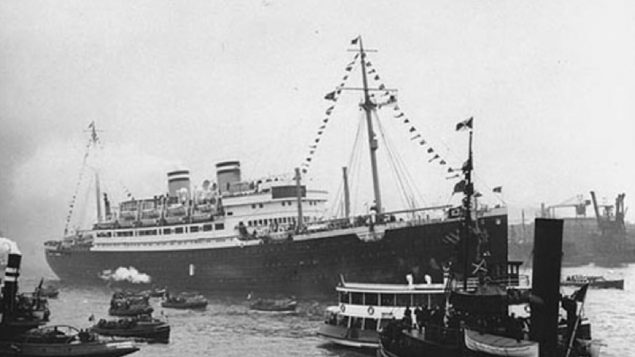 The small passenger liner MS St Louis in its home port of Hamburg. it had been refused landing in Cuba, the U.S., and later Canada before being accepted at Antwerp. Almost a third of the passengers later perished in Nazi death camps. Photo: wiki media

The Prime Minister has already made several official apologies, more so than any previous Prime Minister, including an apology for the Komagato Maru in which 376 Sikh, Muslim, and Hindu passengers were denied entry in 1914.

Interestingly, Justin Trudeau’s father, former Prime Minister Pierre Trudeau had twice refused to offer an official policy for internment of Japanese-Canadians during the Second World War. He was not in favour of the notion that a government could change the past.  “It is our purpose to be just in our time,” had said the elder Trudeau, now deceased. 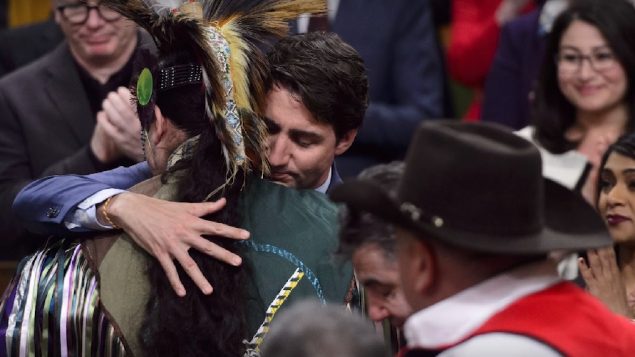 Prime Minister Justin Trudeau hugs a Tsilhqot’in chief after exonnerating and expressing Canadian regret for six chiefs hanged for murder in the then British colony of British Columbia in 1864,. Photo: Canadian Press-YouTube

Justin Trudeau says his father was an academic, lawyer, and constitutionalist, whereas he is a teacher who feels apologies are important, such as for the MS St Louis incident..

The world was aware of the growing anti-Jewish sentiment in Germany, and the horrific “Kristalnacht” of a year earlier in which Jewish shops were damaged and looted and an estimated 91 Jews were murdered.

The passenger liner M.S St Louis with about 1,000 mostly German passengers, of which over 900 were Jews escaping the growing danger, left Hamburg on May 13, 1939.

The ship was heading for a stopover in Cuba before heading to the U.S. Most of the passengers had landing visas in Cuba, and had completed paperwork to enter the U.S.

Cuban authorities stalled the ship and although 28 were able to leave, and one person taken to hospital, the other passengers were not allowed off.

After a week, Cuban authorities ordered the ship out of the harbour. Captain Gustav Schroeder did not want to return the Jewish passengers to Germany so he headed toward the ship’s original destination, the U.S. 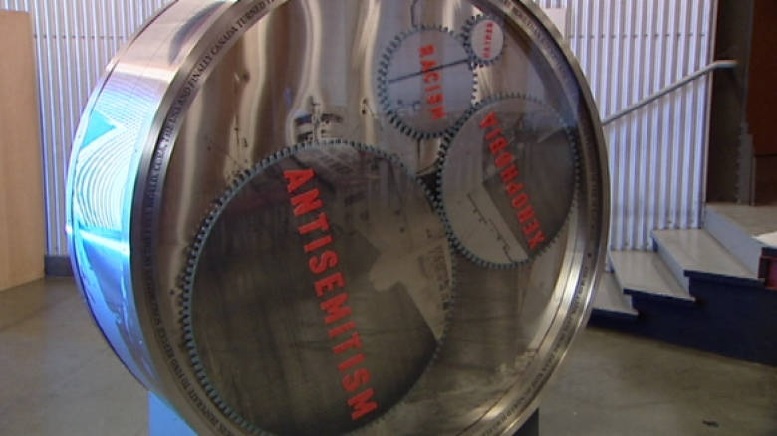 The Wheel of Conscience at Canada’s Pier 21 immigration museum, was created by the Polish-born American architect Daniel Libeskind to commemorate the tragedy of the Jewish passengers on board the ocean liner SS St. Louis who tried to escape the horrors of Nazi Germany but were forced back, where many eventually were killed. Photo: CBC

He sailed to the Florida coast as passengers sent a letter to President Roosevelt asking for help, but landing was refused and U.S Coast Guard ships prevented the ship from entering U.S waters.

The MS St Louis then sailed north toward Canada.  Two days away from Halifax, and in spite of urgings by prominent Canadians,  on June 7 the Liberal government also refused landing.

The ship continued to Antwerp where passengers dispered in Belgium, , the Netherlands, France, and some to England. Some 254 however were later caught and sent to their deaths as the Nazis overran Europe.