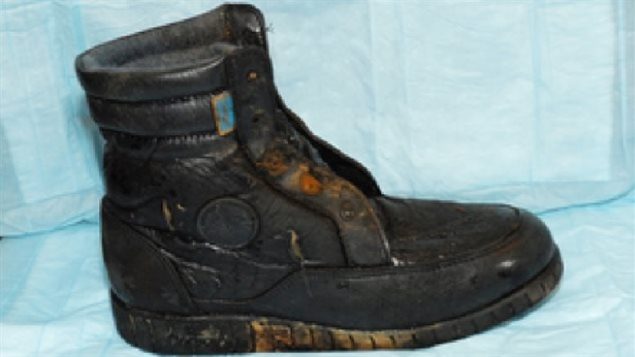 Yet another foot was found in a boot this past week washed up on a B.C shore. The B.C. Coroners Service released this photo of a hiking boot that washed up on the shore of Sasamat Lake in 2011. It was later determined it belonged to a 65-year-old man who disappeared while fishing in 1987. His overturned boat was found shortly after his disappearance © BC Coroners Service

Yet another dismembered foot on a B.C. shore

At least the 14th grisly discovery in a decade

A pleasant walk along the beach on Sunday turned into a grisly discovery for a British Columbia man.

The British Columbia Coroners Service says they have identified eight of the feet belonging to six people. 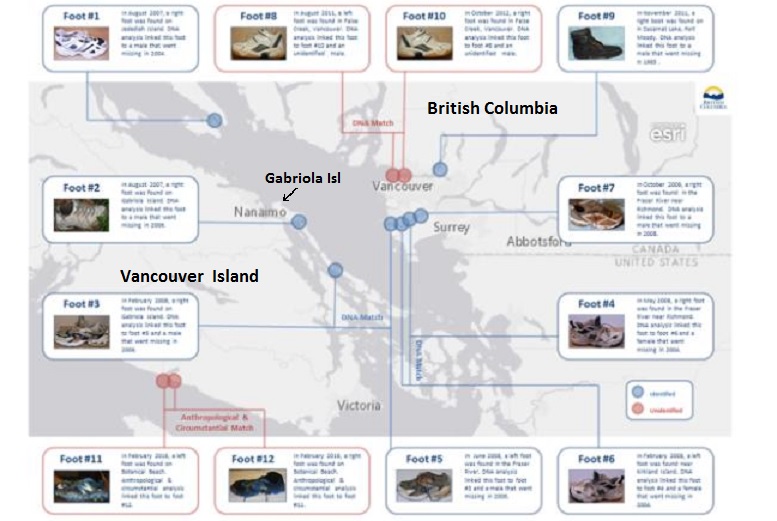 Map showing locations of the various dismembered feet still in their shoes that have washed up on B.C shores over the past decade. Image :BCCS

Police say foul play is not suspected in any of the cases so far, believing the remains to be either from suicides or accidental drownings.

When a body decomposes, the joints separate, but the foot itself is protected by the modern matierials, often plastics, which float and apparently eventually make it to shore..