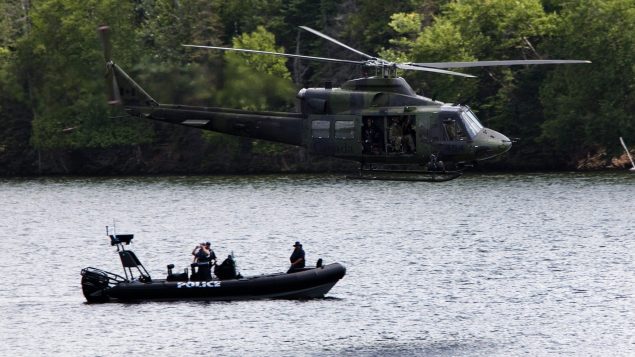 The Ontario Provincial Police (OPP) are investigating a bizarre letter that claims responsibility for destroying beaches in the Muskoka region and threatens the destruction of “beaches from Toronto to North Bay,” as well as attacks on other infrastructure.

The letter signed by the so-called Islamic Revolutionary Force, a previously unknown entity, claims to have destroyed “beaches over the winter months with snowmobiles, easily and effectively making them unsafe and all but unusable.”

“Yes we cannot pull off anything like 9-11,” the letter says. “But we can destroy your tourist industry, hurt your people, de-rail your trains, poison your water supply, start devastating forest fires.”

The letter claims these actions are driven by the fact that Canadian society rejects Islam and follows “the Great Satan.”

“Infidels you allow your women to disgracefully shamelessly parade around your beaches all but naked!” the letter says.

Sgt. Peter Leon, a spokesperson for the OPP Central Region, said investigators were called in last Friday, shortly after a copy of the letter was received at the offices of the Huntsville Forester, a local newspaper.

“We got an investigation that is currently under way, obviously the letter itself was written in a manner that was threatening in nature,” Leon told Radio Canada International.

“I think, first and foremost, we have to determine if the threats that were made are in fact valid, and if we do determine that, it’s then a matter of trying to identify the person or persons responsible for the letter and holding them accountable for their actions.”

Leon would not say whether the OPP has requested help from the Royal Canadian Mounted Police (RCMP) or from the Canadian Security Intelligence Service (CSIS), the country’s domestic spy agency.

OPP officials will be in touch with municipal authorities to update them on any possible threats and progress in the investigation, Leon said.

John Sisson, Chief Administrative Officer for the Town of Bracebridge, one of the six municipalities in the district of Muskoka, said in late April municipal officials in Bracebridge and neighbouring Gravenhurst received reports of some hazardous materials being found at several area beaches.

“Basically there was broken glass, it looked like remnants of a broken bottle or two that had been found, the glass had been worn down a fair bit but there were shards of glass and there were several sewing needles actually that were found,” Sisson said.

Municipal crews that were send to clean up the Bracebridge Bay Park and Kirby’s Beach Park also found some nails and screws, he said.

While finding broken glass, nails and screws is not at all unusual, finding sewing needles in the sand is far less common, Sisson said.

“Although we don’t want to be alarmist about anything, we took the letter seriously,” Sisson said.

“We’ve conducted further reviews of the beaches ourselves, we’re looking at deploying additional resources to scour the beaches to see if there is any other material there but at this point in time we’re hoping that the OPP would be able to give us some further information about the threat that had been received.”

Hoax or a real threat?

Jeremy Littlewood, who teaches at the Norman Paterson School of International Affairs at Carleton University in Ottawa and specializes in security and terrorism studies, said his initial reaction upon reading a copy of the note was that police were likely dealing with a prank.

“There are a lot of things which are a bit odd about it,” Littlewood said.

The threat of setting off devastating forest fires is something that comes up occasionally but has never been used as a terror tactic as far as researchers know, Littlewood said.

Poisoning water supply is also not as easy as it sounds, he said.

The note’s phraseology, especially the way it refers to Prophet Muhammad and the Koran, also raises some doubts about whether it was actually written be a devout Muslim, Littlewood said.

But the note does suggest some knowledge of possible threat areas and that some thought has gone into thinking about potential ways of causing damage, he said.

“Whether it’s a hoax or whether it is for real or whether it is being put out by somebody who is trying to apportion blame – the whole idea of making it look like it’s one group when in reality people behind it have a different ideology – there are lots of unanswered questions at this point.”