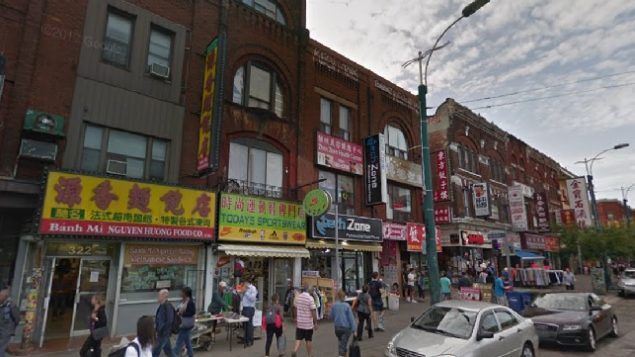 When the original Chinatown was all but demolished to make way for the new city hall and other development, the Chinese community moved north to the area around Spadina (here) and Dundas streets. It continues to thrive, even as new waves of immigrants arrive. Photo Google streetview

Walking tours of what Chinatown was, and what it is now

Arlene Chan is a Chinatown historian, author, and storyteller and in conjunction with Heritage Toronto Asian Heritage month, is leading walking tours in what was Toronto’s old Chinatown and the city’s newer “Chinatown west”.

A third generation Chinese-Canadian, Chan’s deep interest in the history of Chinese heritage comes from her own deep connections to Toronto’s Chinatown. Not only did she grow up in the heart of that community, but her parents were very active socially and politically. Indeed her mother, Jean Lumb, was the first Chinese Canadian woman to receive the Order of Canada for her social work and changing restrictive laws against Chinese. A local school to be built in the area will also be named after Jean Lumb to again honour her work for the community and for Canadian society. 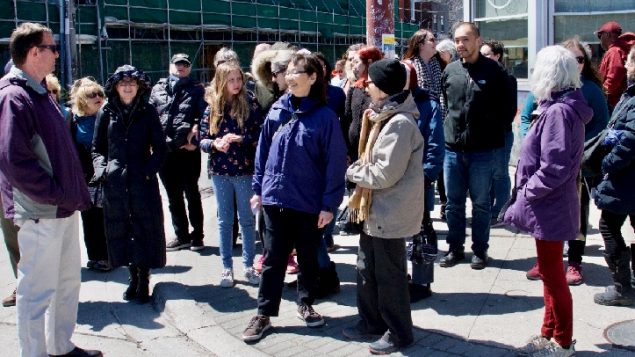 Chan says Canada’s Chinatowns formed due to a variety of segregationist laws and attitudes which caused them to congregate in specific areas to provide mutual help and sense of community.

She says much of what was the first Chinatown was bulldozed to make way for the new city hall, and urban development has resulted in the remaining section being transformed into huge condos and office buildings. 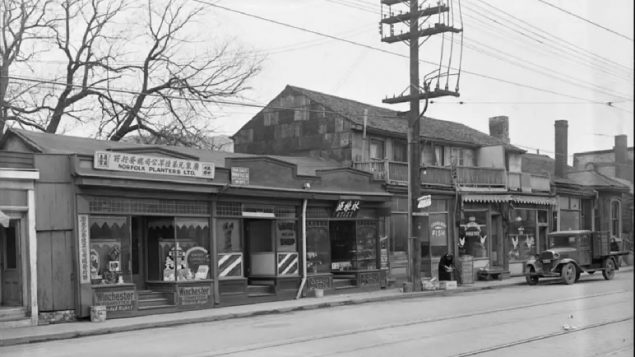 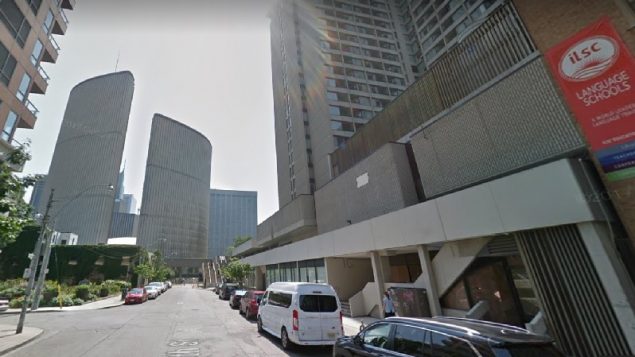 What is now the area of 100 -110 Elizabeth, a huge condo with the new city hall in the background. Photo: Google streetview

In that part of the tour, Chan takes people into centres of the local culture including a temple, martial arts club, herbal store and so on. 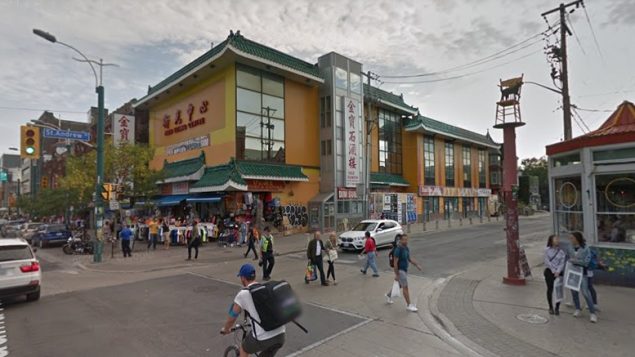 One of the iconic centres of Chinatown and a rare example of heavily influenced Chinese architecture, the Bright Pearl Restaurant at 346 Spadina, alas soon to be gone.  Photo: Google streetview. 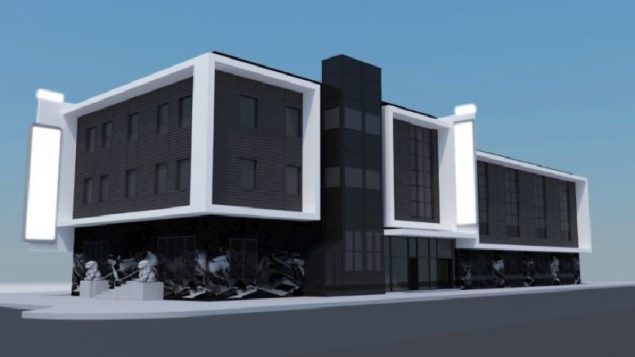 The new project for 346 Spadina, office space with restaurants,, the only reminder to be preserved will be the two Chinese lions.at the entrance Image: MetCom

She says Toronto’s Chinatown has been in constant flux, as waves of newcomers such as following the Second World War, when family restrictions were eased, and another when ethnic Chinese in Vietnam came when that war ended, and more when Hong Kong was reverted back to China 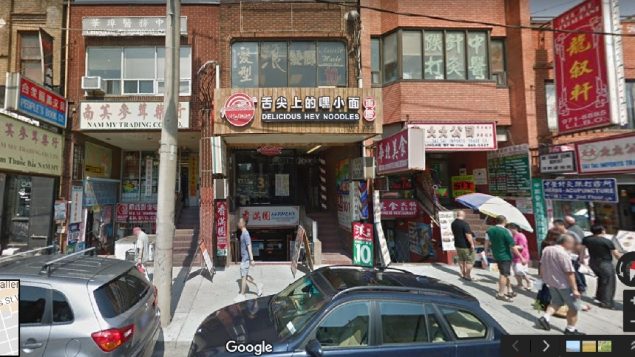 There is still a strong Chinatown presence in downtown Toronto in spite of development pressures, Here a section of Dundas Str W.   Photo: Google streetview

At the same time, wealthier Chinese immigrants and those who had enjoyed financial success in Chinatown, moved out of the downtown core to the suburbs, while newcomers needing entry-level jobs would replace them in Chinatown.