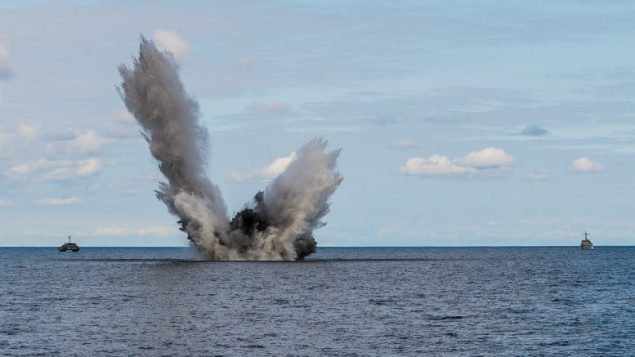 An M-06 naval mine is detonated off the coast of Mērsrags, Latvia, on August 28, 2017 as part of Operation OPEN SPIRIT 2017, an annual multinational operation dedicated to the clearance and disposal of explosive remnants from WWI & WWII. Photo: Cpl Jordan Lobb, Canadian Forces Combat Camera

The Second World War may be generations and many decades past, the First World War, now a century in the past, but a deadly legacy remains.
During both wars, various combattants set thousands of naval mines in the Baltic Sea. Most never exploded, a great number were never recovered. 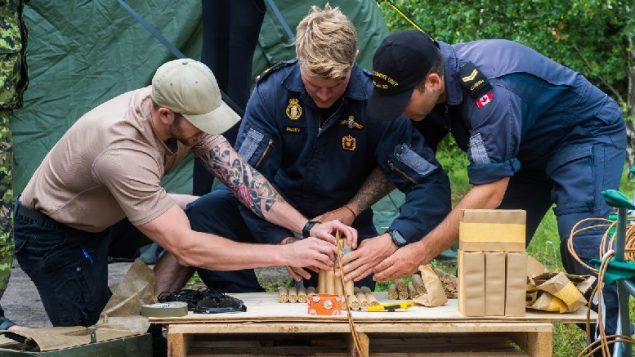 This year, as in the past, the Canadian Navy has joined in an annual international clearing effort which has been taking place since 1997. . The two-week effort from May 17 -27 this year is called Operation Open Spirit.
The exercise is to remove potential hazards to modern shipping and to fishermen whose nets may  haul in a much different and unexpected catch. 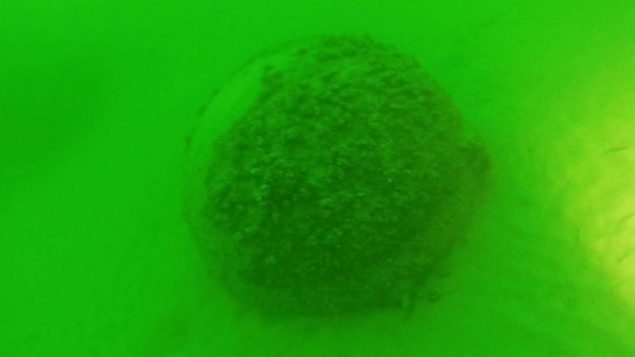 A mine-like contact under green and murky water in the Baltic Sea during Operation OPENSPIRIT. Photo: U.S Naval Forces Europe-Africa

Last year the RCN personnel and ships two explosive device and detonated one old mine while Latvian forces destroyed the other.
This year Canadian divers found four mines, all from the Second World War.  When a suspected contact is detected, divers inspect it, then attach explosives, and from a safe distance set off their charge.
It’s estimated that there are about 100,000 explosive devices of various sorts, bombs, naval shells, and mines on the Baltic seabed.