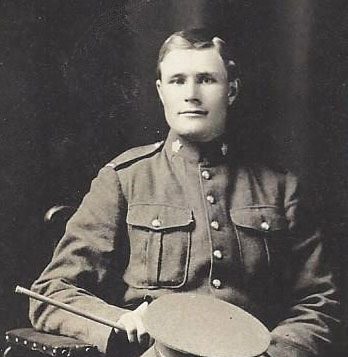 Remains of Canadian WWI soldier found in France and identified

The remains of a Canadian First World War soldier found at the site of a construction project in Lens, in northern France have been identified as those of Pte. John (Jack) Henry Thomas, officials with the Department of National Defence (DND) and the Canadian Armed Forces (CAF) announced Monday.

Canadian officials said they have notified members of Pte. Thomas’s family, and Veterans Affairs Canada is providing them with ongoing support as final arrangements are being made for a regimental burial at the Commonwealth War Graves Commission’s (CWGC) Loos British Cemetery outside Loos-en-Gohelle, France, on Aug. 23.

“One hundred years after the end of the First World War, we honour and remember Pte. Thomas,” Defence Minister Harjit Sajjan said in a statement. “We will never forget his sacrifice, or those of the nearly 61,000 brave Canadians who gave their lives in the First World War so that all of us might live in peace and security.”

Pte. Thomas was a member of the 26th Canadian Infantry Battalion (New Brunswick), Canadian Expeditionary Force (CEF), when he was killed on Aug. 19, 1917, at the age of 28, during the Battle of Hill 70, officials said. 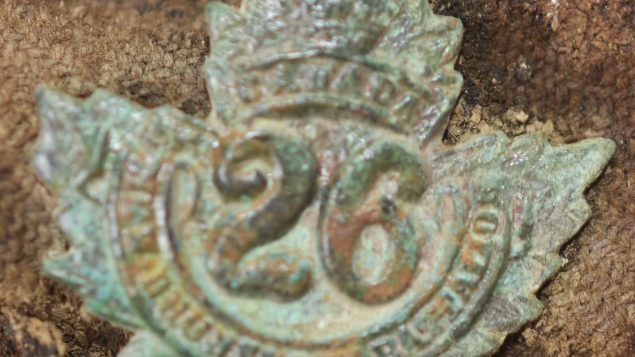 A collar badge of the 26th Canadian Infantry Battalion (New Brunswick) was found along with three skeletal remains of Canadian soldiers near the city of Lens. (DND/CAF)

Ninety-nine years later, Pte. Thomas’s remains along with those of two other Canadian soldiers were found by workers during a construction project on the grounds of a plastic manufacturer in Lens.

Alongside the remains researchers found a number of artefacts, including general service buttons, ammunition, and a 26th Canadian Infantry Battalion collar badge.

In October 2017, using historical, genealogical, anthropological, archaeological, and DNA analysis, and with the assistance of experts from the Canadian Forces Forensic Odontology Response Team and the Canadian Museum of History, the Casualty Identification Review Board was able to confirm the identity of the first set of remains as those of Pte. Thomas. The board is still trying to identify the other two Canadian soldiers found alongside Pte. Thomas, officials said.

From New Brunswick farm to killing fields of WWI 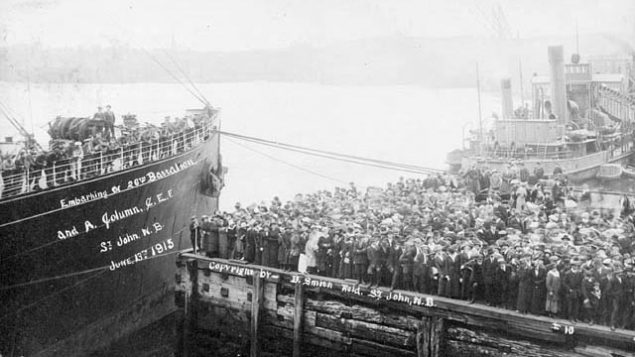 In Apr. of 1916, almost two years after the beginning of WWI, Thomas left the family farm and enlisted with the CEF and joined the 115th Canadian Infantry Battalion, in Saint John, New Brunswick. He embarked for England on July 23 1916, arriving in Liverpool on July 31 1916.

Exactly a year after he enlisted, Pte. Thomas was eventually assigned to the 26th Canadian Infantry Battalion (New Brunswick), CEF part of the Canadian Corps in France in April 1917.

In the summer of 1917, Canadian Gen. Arthur Currie, who was promoted to the command of the entire Canadian Corps following the victory at Vimy Ridge, was ordered to capture Lens.

Gen. Currie suggested to the high command that it would be better to take the heights overlooking the city in order to prevent massive losses in a direct city attack. 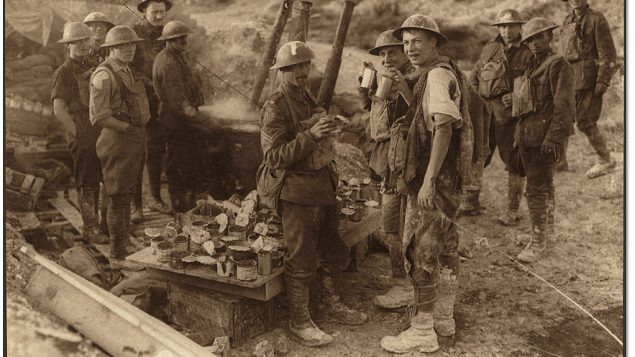 His plan was approved and the Canadians began the assault on the strongly fortified German positions on Hill 70, overlooking the city of Lens, on Aug. 15, 1917, and continued until Aug. 25, 1917.

The advance moved in two stages with the capture of two main objectives: positions known as the “Blue Line” and the “Green Line”.

As part of the 5th Canadian Infantry Brigade, the 26th Battalion took part in the initial assault to secure the “Blue Line” before passing through the 22nd Battalion to secure the Brigade’s objectives along the “Green Line”.

The 26th Battalion then rotated through defensive duties with other battalions of the 5th Brigade while remaining in the area for several days. Pte. Thomas was killed on Aug. 19, 1917, while holding the newly captured Canadian forward position against German counter-attacks.

Following the war, Pte. Thomas’s name was engraved on the Canadian National Vimy Memorial commemorating Canadian soldiers who died during WWI and have no known grave.