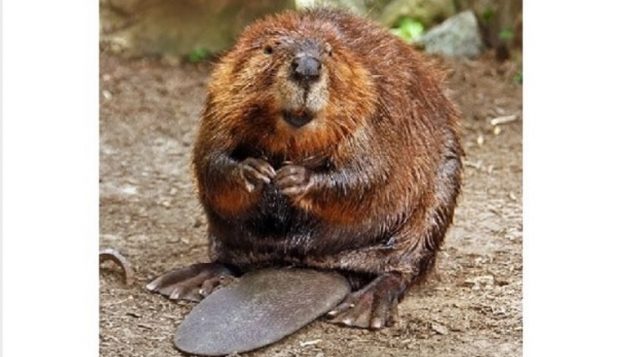 A bounty has been placed on beaver in the Northwest Territories as they begin to populate the far north and cause cause changes to the landscape. Photo: Wiki Commons

The industrious beaver, the iconic national symbol of Canada.

It was the search for beaver pelts that opened up Canada by explorers seeking primarily new areas and sources for the fur to supply a demanding world market, and which in one sense helped in the creation of the country of Canada.

But they’re moving north into new areas of the country where they are not native and indeed have never been seen before. They are in effect becoming an invasive species, and it’s causing trouble.  In a 2016 report, scientists noted beavers moving into the Arctic labelling climate change as the probable reason. The report noted shrubs and small trees are moving into the tundra as the north warms, and the beaver following are following. 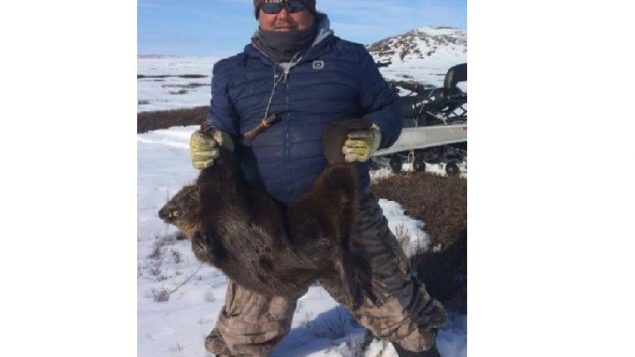 Inuvialuit hunter Richard Gruben near Tuktoyaktuk shot this beaver in 2017, and animal he’d never seen on the tundra before. Photo: Richard Gruben via CBC

The Northwest Territories has just issued a bounty on beaver, $100 each.

People in the Mackenzie Valley have been complaining about the industrious critters building dams and blocking fish-bearing creeks and otherwise flooding and changing the landscape. 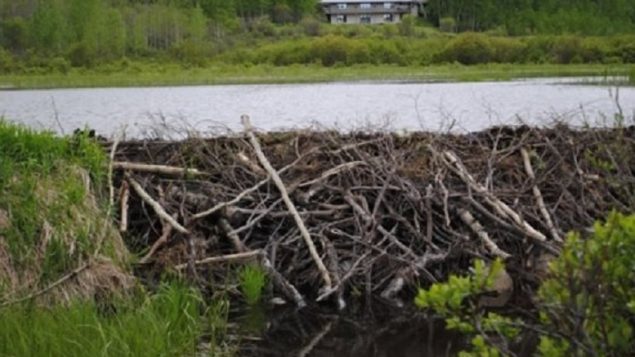 Beaver have been building dams like this one in Alberta, in Arctic creeks and elsewhere to the dismay of local fishermen and hunters especially in the Mackenzie Valley. Photo Caroline Wagner-CBC

Quoted by Post Media Michelle Gruben with the Aklavik Hunters and Trappers Committee said, “They’re building their dams and we can’t fish at this lake anymore or that lake — beavers all over. Our hunters and trappers have been saying for a few years that beavers are a problem, we’re seeing more and more of them”. 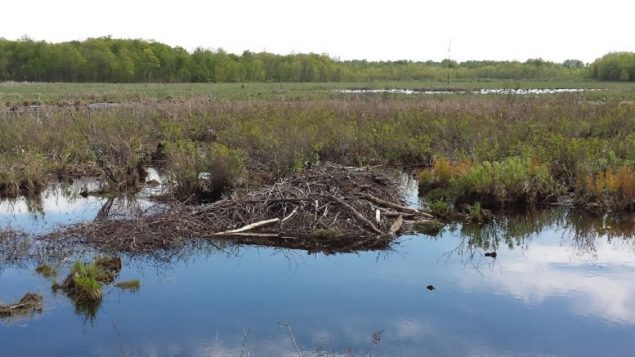 Beaver Lodge in eastern Ontario 2018 in the midst of a marshland. The beaver create a dam to raise water level so they can build a lodge with a water entrance beneath it, and create water access to nearby trees. Photo M Montgomery

The NWT government had been promoting trapping through incentive programmes but trapping is limited as spring and summer fur is deemed far less desirable and can’t be sold on international markets.

A previous $50 bounty was also seen as not worth the cost of fuel and effort to trap and skin the animals.

So far the beaver are not considered “pests” to be culled, rather the bounty is an encouragement to hunt and trap and so hunters must show evidence the animal is being used, such as evidence of a stretched hide, or conserved meat, although beaver is not a popular meat.

Not just the North

Beaver have also become problematic in other areas. In the Interlake farming region of Manitoba, about 200 kilometres north of Winnipeg, people have been complaining about the pesky rodents flooding pasture land.

The situation is far worse much much farther south at the tip of Argentina where Canadian beavers were mistakenly imported decades ago in an idea to create a fur industry there.

A fur industry and a market never really emerged and the problem is that with no natural predators the beaver multiplied exponentially and are destroying age old forests. Because of the climate where tree growth is so slow, if at all, a destroyed tree is not replaced thereby leaving a wasteland. The Argentine government has been waging a war on the Canadian animal for several years now.